Marc and Craig Kielburger are the co-founders of Free The Children and Me to We, a social enterprise. They are authors of "The World Needs Your Kid: Raising Children Who Care And Contribute," with journalist Shelley Page.

"They're not so much children as what I like to call 'evolving consumers'."

You could be forgiven for thinking this was a classic line from Mr. Burns in The Simpsons. But it's actually attributed to well-known (real-life) marketing executive Elliott Ettenberg. And he's not alone -- fellow advertising guru Nancy Shalek famously told the Los Angeles Times, "Advertising at its best is making people feel that without their product, they're a loser. Kids are very sensitive to that. If you tell them to buy something, they are resistant. But if you tell them they'll be a dork if they don't, you've got their attention."

Maybe it's over-dramatic to say there's a war going on for the souls of our kids, but it's definitely a struggle. On one side: the 20,000 commercials that Canadian kids see each year (60 per cent of which promote sugared cereals, candy, fatty food and toys), armed with the latest research in child psychology. On the other: Mom and Dad, armed with "You're still cool to me, sweetheart."

Studies abound on the inverse relationship between materialism and happiness, including among kids. Professor Tim Kasser, author of The High Price of Materialism, asked 206 middle- and high-school students what they would do with $100, cross-analysing their answers with measures of their self-esteem, happiness, anxiety and high-risk behaviours.

He found that the kids who would save the money had higher self-esteem and didn't smoke. Those who would donate to charity were happier and less likely to smoke, use alcohol or get into trouble. And those who would spend more on themselves had lower self-esteem and greater anxiety. Professor Kasser validates the conventional wisdom linking self-esteem to materialism: "If a young person is driven by insecurity, they will shop. They are only doing the best they can to meet their needs."

We certainly weren't angels when it came to material pressure. Our mom loves telling the story about Marc hiding in the car in the parking lot of discount store Bi-Way, refusing to go inside or to wear anything she bought for him there. Mom took action a few weeks later during the holidays, bringing Marc along on a visit to the Chans -- a single-parent, recently arrived family whose daughter was Mom's student. Aware they were struggling in their new country, Mom did what she could to help.

On that Christmas gift run, Marc noticed that their small apartment in a run-down building was sparse but spotless. The kids had on their best clothes, and the cookies they served were clearly a luxury. After tea, Mrs. Chan handed Marc a small gift and said, in broken English, "You are our best friends. And best friends are so important to us. Thank you."

The words cut through Marc's cool veneer and showed him how fortunate our family was, and how Mom's small gestures of kindness and friendship could make a difference in the lives of an isolated family of newcomers.

Parents want their kids to be happy, and being accepted is a big part of happiness in childhood and adolescence. But when birthday party invitations stipulate that gifts must be worth at least $35, or include a private concert by Aerosmith, it's gotten out of control.

It's natural for kids to want certain things, but why not balance their needs with the needs of others? Here are some tips from Prof. Kasser and other parents we've met who have found that balance by tackling materialism head-on: 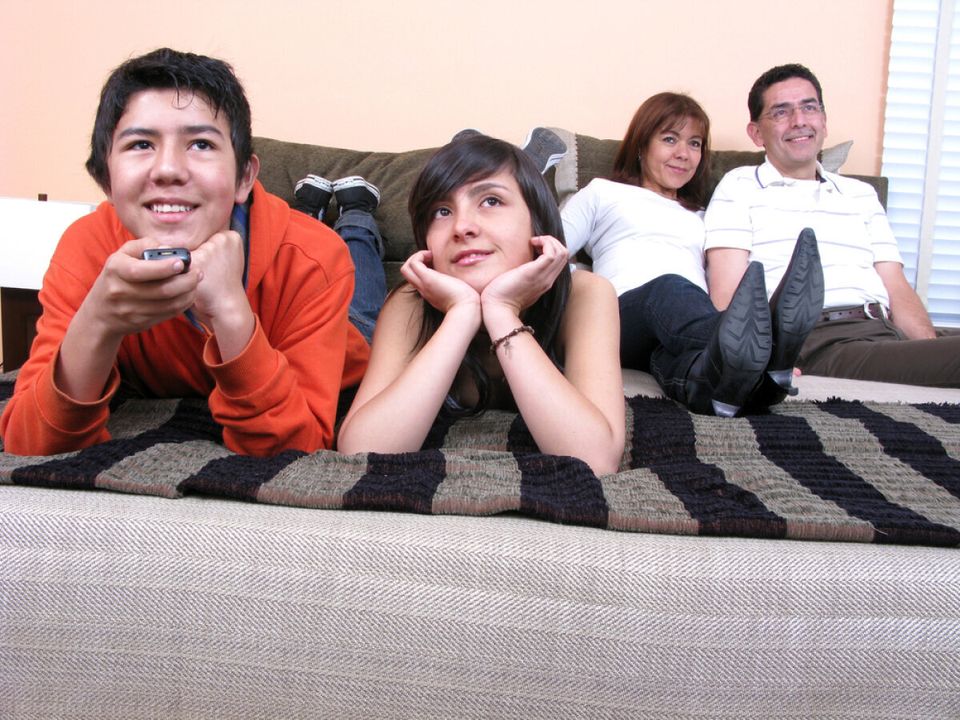 Keeping Kids Away From Materialism

The Kassers limit their sons' screen time to 30 minutes a day and encourage alternatives that foster creativity and physical activity. Since it's nearly impossible to avoid all commercial advertising, it's also a good strategy to instill media literacy, like our friend and The World Needs Your Kid co-author Shelley Page, who taught her two daughters to "ad bust" from age four.

Whenever they saw an ad together (watching TV with your kids helps), Shelley and the girls deconstructed the message, "What are they selling me? Why are they selling it to me? What are they claiming it'll do for me? Is it true?" Now at ages nine and 12, the girls are informed consumers on whom ads have little effect. "They think ads for make-up, brand-name clothes, medicine, cars -- the list is long -- are ridiculous. We have great bonding time mocking commercials," says Shelley.

2. A BOOSTER SHOT OF SELF-ESTEEM

Vernon, BC-based child psychologist Dr. Kevin Murphy is author of The Jendorra Boxes -- a fantasy trilogy for adolescents that promotes positive social values through fiction. Over four decades working with children, teens and their parents, he's found that the key to building sustainable self-confidence in the early teen years is to "value not just final outcomes but also their effort and learning." Regular, constructive feedback on a child's progress toward an objective are more valuable than generalizations.

"Comments such as 'But I love you' may be true, but not necessarily all that useful," says Dr. Murphy, who also advocates encouraging kids to contribute to the household and community: "If a young person can do things of value for others then it becomes easier for them to value themselves and resist commercial efforts to exploit the uncertainty-based drop in self-confidence that is generally associated with the early teen years."

Many parents work harder and longer to provide a 'better' life for their families. The catch is that often the more parents work to provide, the less time they spend with their kids. In lieu of presence? Presents -- an exchange that teaches kids that stuff is more important than time spent with family. Instead, let the birthday girl or boy (parents included) choose the family activity and meal plan for the day, and volunteer together on holidays like Thanksgiving, Christmas and Hannukah. If you must give a gift, consider a coupon book with tokens for a movie night, a lift to a friend's house, or a week off from putting out the garbage.The Kassers make a point of collecting experiences instead of things, through family adventures such as Semester at Sea, a sailing school where Professor Kasser taught a psychology course and brought his family along to see the various countries they visited.

Like our mom did for Marc at the Chans, make sure your kids know that having more or better stuff isn't the most important thing in the world. From a very young age, start dinners with a round of thanks: to the sun, earth and farmers for growing the food, the grocery store clerks for stocking it, and the person who prepared it. Later, bring them to volunteer at a food bank or soup kitchen. Trace the journey of your kids' clothes and toys -- note the discrepancy between their lifestyle and that of the workers in China or elsewhere who made their stuff. Of his kids' experience with Semester at Sea, Professor Kasser said: "They have now seen poverty and know what real poverty is. They know how privileged they are. What they want isn't really what they need."

Like any other habit, it's hard to expect your kid to avoid the trappings of materialism if you spend your Saturdays draped with a rainbow of boutique bags at the mall. If you want to take a preventive approach, try taking family challenges like a TV Turn-Off Week or a Buy Nothing Week. Take a chance at your local second-hand store -- there's a range of options from fashion-conscious consignment stores, to mid-range Value Village, to the 'Whatever You Can Fit in a Bag for a Buck' church basement thrift store. Our friend and co-author Shelley has adopted the '3-Way Allowance Split' -- spend, save and charity -- and has a spare change jar in the kitchen that, once filled, goes to whatever charity the family chooses.