VANCOUVER - On the same day B.C.'s Independent Investigations Office launched a new probe in Vancouver, it wrapped up a case in the southern Okanagan.

Director Richard Rosenthal says the actions of Penticton Mounties were not linked to the serious injuries suffered by a woman who jumped from her apartment balcony on Sept. 21, just as officers arrived in response to a person in distress.

Rosenthal says there are no grounds for further action because there is no connection between the arrival of police and the woman's decision to jump.

The ruling was released just hours after IIO staff stepped into an incident involving the death of a man threatening to injure himself moments before he collapsed as he was jolted by a Vancouver police Taser.

Independent investigators say the case occurred early Tuesday morning on the lawn of an east Vancouver home as the knife-wielding man suffered self-inflicted injuries while a Taser was being used to control him.

The Independent Investigations Office opened in September and investigates all cases of serious injury or death involving police in British Columbia. (CKOR, The Canadian Press) 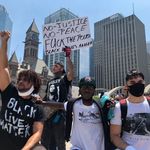