TORONTO - At a loss for a New Year's resolution? How about pledging to give a little TLC to the machine you spend so much time using on a daily basis? It doesn't take long for a computer to start showing signs of age — both in ways that are visible and invisible — but you can revive it to nearly good as new with just a few steps.

Here are five easy ways to clean up your computer in the year ahead:

SEE: A visual look at cleaning up your computer in 2013. Full story continues below: 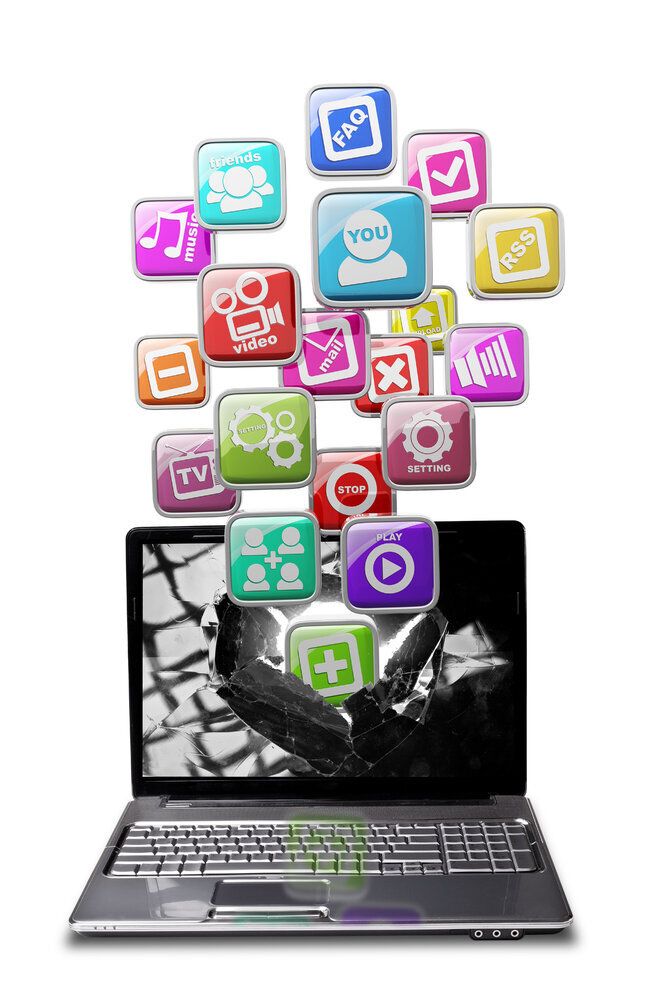 How To Clean Up Your Computer

1. Get rid of useless programs.

The longer you've had your computer, the longer you've been accumulating software — a tiny little program here, a gigantic multi-gigabyte behemoth there — that steals hard drive space and can contribute to slower system performance. So scan through all the programs on your computer and be brazen about uninstalling anything that you never, ever use. If you think you might need an application in the future but want to get rid of it for now, make sure you have the program's install discs as a backup or that you can freely download it from the web.

2. Do a thorough scan for viruses and malware.

As our hard drives get larger, the process of scanning for viruses gets longer and more annoying, sometimes slowing down your computer considerably, so it's no wonder that many users just hit cancel when it's time for their regular automated checkup. If virus scanning always seems to get in the way, then change your software's schedule to begin at a more convenient time, maybe right before bed.

And Apple users may want to try a virus scanner — there are numerous free options made by the likes of avast!, Bitdefender and Sophos — if they haven't already. Earlier this year, a major malware outbreak hit Macs, ending Apple's sales pitch that only Windows-based PCs could be hit by viruses. Apple computers are still far less likely to catch a virus, but it may be time to start getting in the habit of routine searches.

Make 2013 the year you get better about protecting your valuable data. If you're not regularly backing up the files you really don't want to lose — important documents, digital photos and video, downloaded music and movies — consider yourself lucky that you haven't suffered a catastrophic loss and get to work.

Burning files to DVDs is falling out of fashion, but you can still store several gigabytes of data on each disc, so a handful of discs would do the job for many users.

External hard drives are increasingly inexpensive — 500 gigabytes can easily be found for under $100 — and offer an easy way to back up by dragging and dropping files.

There are also options to store your files on the cloud — including Dropbox, iCloud and Google Cloud — which would protect you in case of equipment malfunction, fire or theft.

You can't blame web users for not being up to date with all the latest browsers. Take Mozilla's Firefox, which was at version 10 at the beginning of the year and recently hit version 17. Version 18 is expected out in early January.

If you've been slacking on updating your browser, it might be worth a download to get access to new features. But if your computer is underpowered and already lags while web surfing, be warned that some of the newer browsers are resource hogs and may run slowly.

5. Get it physically clean.

When's the last time you gave your computer, keyboard and mouse a good scrub? According to Charles Gerba, a leading expert on germs based out of the University of Arizona, what you don't see might gross you out. And if you're not good about washing your hands, they could make you sick. Parainfluenza, E. coli, C. difficile and drug-resistant MRSA are among the things that could be lingering beneath your fingertips.

Apple recommends using disinfecting wipes — which do not contain bleach — to clean keyboards, mice and other non-glass surfaces. Then wipe them dry with a soft lint-free cloth. In lieu of disinfecting wipes, Dell says you can use a mix of three parts water and one part liquid dishwashing detergent to clean keyboards and mice. To clean a monitor, Dell recommends using a specially designed screen-cleaning tissue and solution, but also says simply using water on a soft cloth will work.