Lawson went to Italy to study after high school.

"I fell in love with Italy even before I went there. I just kind of decided I needed to be Italian," said Lawson, who was in Toronto to promote the book and appear at the unveiling of Chatelaine magazine's newly renovated test kitchen.

Landing in that country and needing a job, she vowed she would do anything except clean lavatories. She got a position as a chambermaid in a pensione in Florence where — you guessed it — she cleaned toilets.

But she learned to speak Italian fluently and frequently visited the guest house's kitchen to chat and watch the "lovely granny" cook for the family.

"I suppose that's why food shows work so well on television because you learn by seeing," she said.

"Italian food has informed everything I do in the kitchen because obviously I went there at such a formative age.

"And so I thought why don't I talk about the way in which it's inspired me and the way which it affects and informs the recipes I cook that are intrinsically Italian, so that interested me an awful lot. It's kind of a love letter to Italian food."

Lawson, who looked svelte in a close-fitting black top with an asymmetrical neckline and slim off-white skirt, said she was a shy child. Going to Italy and speaking Italian "unlocked something in me. It opened up a different side of my character, more voluble, less timid, more comfortable.... I suppose I became a person.

"So for me Italy is about the food, but it also means a lot to me personally."

She said with 500 Italian titles in her "obsessive cookbook collection," she doesn't expect to do anything new, but notes that "Nigellissima" is an everyday cookbook with easy recipes. The book has also already been translated into Italian.

"It's so nice to be able to cook with a handful of ingredients, most of which you can have at home and which doesn't require you to challenge yourself at the end of a busy day."

Lawson, 53, has three teenagers — 19-year-old daughter Cosima (Mimi), 18-year-old stepdaughter Phoebe and son Bruno, 16 — and, like many mothers, she's had to deal with picky eating.

"The difficulty with three is that the number of ingredients that all three will eat is restricted," she said. One won't eat bananas and one dislikes tomatoes, while another absolutely loves tomatoes.

One go-to recipe is minestrone, which she has included in "Nigellissima." She finds the soup is also a good way to get vegetables into her brood. They also like pasta as well as an easy meatball dish included in the book. She simply squeezes the meat out of Italian sausages, in which the ingredients are already mixed, and rolls it into balls.

"I cook the same way my readers do. In other words, I've got family, I've got a job, I'm not trained. I don't know how to chop a carrot with virtuoso speed, so my context is very similar," Lawson said.

The author of seven other books, including "How To Be a Domestic Goddess," "Feast" and "Nigella Bites," Lawson is also seen on television's "The Taste" with New York chef Anthony Bourdain, which launched last month on CTV and ABC. TV chefs Ludo Lefebvre and Brian Malarkey are also on the panel that judges the contestants — amateur and professional cooks — by sampling just one spoonful of their food without knowing who cooked it or what ingredients they used, and then voting them on or off accordingly.

It was "so everything I would never have thought I would do," Lawson said. But she liked the premise that the judges taste blind.

"You don't know whose food you're tasting which means that you're never making personal attacks on people because I can't stand that contemporary TV of cruelty. It makes me very uncomfortable and I didn't want any part of that."

She said she doesn't see herself as the voice of authority, but she loved offering constructive criticism. "I felt the point is to encourage people, not to crush them."

When writing her cookbooks, she tests everything "a hundred million times, three times certainly in my own kitchen." She sends out baking recipes, which have to be more precise, for testing by someone with an electric oven because she has a gas oven.

Lawson lives with her husband in a converted brewery in London. Now, instead of the beer vats that once graced her back garden, there is a "living wall" and that is where the lovely cover of her book was shot, while the stunning food photos were done in her kitchen, using her cookware and dishes.

A disadvantage of the renovated open-concept space is that she has to walk "miles" from one end to the other, but the advantage is "I can burn off the calories as I eat them." 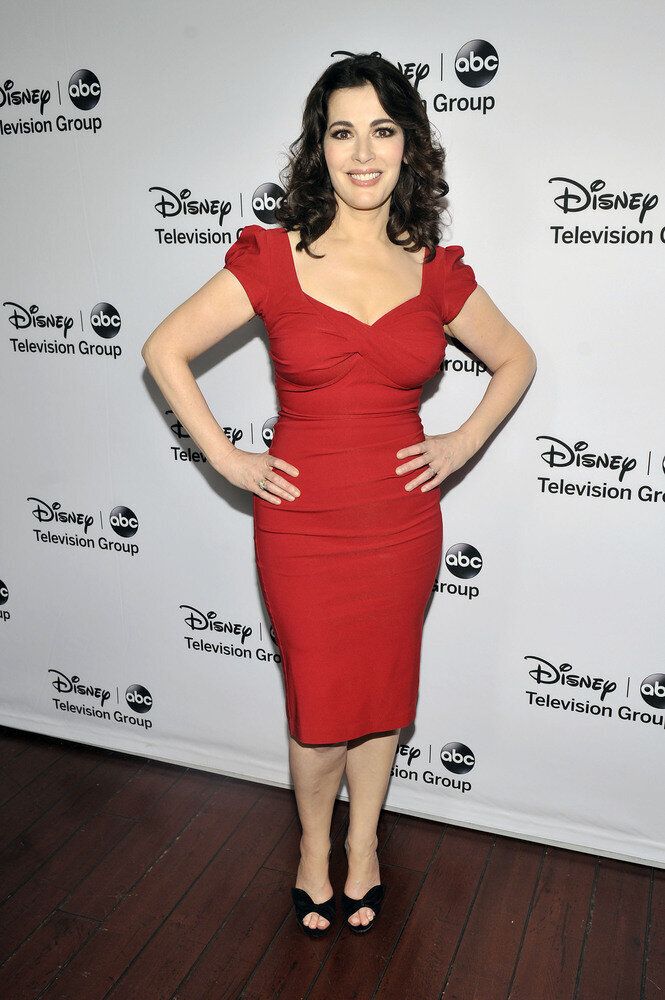