A former nanny for Alanis Morissette has filed a lawsuit for $100,000 against the Canadian pop singer, claiming she was essentially locked up at Morissette's home while caring for her child.

TMZ reports that Bianca Cambeiro said both Morissette and her husband Mario Treadway had her working 12-hour night shifts without a meal break. The suit also claims Cambeiro was instructed to stay in the baby's bedroom at all times and not to leave under any circumstances. The only alleged down time the nanny had was when she was either replaced by the day-shift nanny or when Alanis or Treadway where in the room. In TMZ's words, Alanis and her husband "effectively held her hostage."

Cambeiro worked at the home from August 2011 through to March 2013. The $100,000 figure takes into account an estimated $30,000 in overtime and other wages that were not paid as well as emotional distress.

Although Morissette has yet to comment on the lawsuit, the singer discussed being a new mother in 2011 in an interview with best-selling parenting/mothering expert Sheryl Paul on Mothering.com on balancing being a mother and a musician.

"I definitely didn't think it was possible," she said at the time. "I thought I had to wear one hat wholeheartedly and that I would do that one area of life well or that I would do both and that somehow they would both suffer for it. So I was hellbent on finding a way to pick the top priorities and nail them.

Alanis released her last studio album "Havoc And Bright Lights in 2012" and toured in support of it. The singer gave birth to her first child Ever Imre Morissette-Treadway on Christmas Day, 2010. 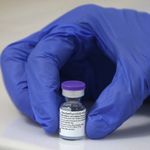