An American bid for the 2024 Summer Olympics would come from Boston, Los Angeles, San Francisco or Washington if the U.S. Olympic Committee decides to put a city in the running.

A process that began 16 months ago when the USOC sent letters to leaders in 35 cities is now at four finalists after Dallas and San Diego were scratched from the list.

Los Angeles hosted the 1932 and 1984 Olympics. Boston, San Francisco and Washington would be first-time hosts.

"Boston, LA, San Francisco and Washington have each given us reason to believe they can deliver a compelling and successful bid, and we look forward to continuing to explore the possibilities as we consider 2024," USOC CEO Scott Blackmun said Friday, when the decision was made public.

But there's an arduous and expensive process facing any potential bid city before the International Olympic Committee awards the Games in 2017.

Over the next seven months, the USOC will decide whether it even wants to try to host the Olympics, with the deadline for deciding expected in early 2015. The last two U.S. candidates both suffered humiliating fourth-place finishes: New York for the 2012 Olympics and Chicago for the 2016 Games that went to Rio de Janeiro

Unlike the public, and sometimes embarrassing, domestic bid process for the 2016 Games, the USOC kept a tight lid on the group of cities under consideration this time in order to have more candid conversations with their leaders and save money.

Still, as the list narrowed, it was clear at least a few cities with dreams but no chance of hosting would be identified.

San Diego was always a long shot because of its smaller size. Dallas got in the running early but weather issues and some lingering bad memories of America's last foray into a Southern city — sprawling traffic, over-commercialization and the Centennial Park bombing hurt Atlanta's image — put roadblocks in front of that bid.

The United States hasn't hosted a Summer Games since Atlanta in 1996. The 2002 Winter Games were the last on U.S. soil.

Possible contenders for 2024 are four of America's iconic cities, all of which are still considering putting themselves in an often-contentious battle to stage Olympics that will cost, conservatively, between $6 billion and $9 billion. They would likely have to be staged without funding from the federal government, as has long been the policy in the United States.

Leaders in Boston and San Francisco released statements Friday saying they were glad to still be in the race and they were still studying the feasibility of a bid.

Ultimately, we should only move forward with a bid if we believe that we can win for America, deliver spectacular Games for the world and leave a tremendous legacy for the Bay Area's economy, transportation systems, housing and youth," San Francisco mayor Edwin Lee said.

If the USOC bids, the U.S. city chosen would find itself in a competitive fight. Paris, Rome, Doha and Istanbul are among those that could enter the race. The IOC has also long stated a desire to bring the Olympics to Africa for the first time.

Some inside the USOC feel the time is right for a bid, now that the federation has made progress in shoring up some of its international relationships, which were frayed in 2009 when Chicago finished last in the voting for the 2016 Games.

The USOC is waiting to see what sort of changes the IOC might make in the bidding process when it meets later this year. New IOC president Thomas Bach is asking the committee to build a new roadmap for the Olympics, and the way the IOC handles bids is expected to be on that agenda. 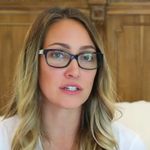