HAVERHILL, Mass. - Sometimes the best time to visit a community is when it's struggling.

Because when a place is itching for a comeback, that's when exciting — and often delicious — things start happening. And that's the case with Haverhill, a northern Massachusetts city of 60,000 people that after years of sliding down market clearly is hungry for a bit of renewal and reinvention.

Truth is, as you head into town, you won't be much impressed. That's OK. Keep going until you hit the city centre. You're looking for a rectangle of streets — Washington Street, Essex Street, Wingate Street and Railroad Square — which form a retail and restaurant hub that's trying to lead the way in the city's revival.

It's a neighbourhood on the cusp. Wide, brick-lined sidewalks take you past funky stone buildings, converted mills and old warehouses that have been refurbished into a pleasant tangle of restaurants, pubs, art galleries, shops and an almost shocking number of old-school barber shops. Though there also are many vacant storefronts, the vibe manages to be of progress, not decay.

An alley off Washington Street with an archway labeled "Entrance Riverfront Park" leads to a boardwalk along the Merrimack River. Above, several restaurants offer massive decks from which to enjoy the view of the water ... and a cocktail or two.

Not ready for the hard stuff just yet? Continue along Washington Street until you can bang a left onto Essex, and there you'll find the welcoming Wicked Big Cafe coffee shop. Here you can absorb a pleasantly hipster mojo from a comfy chair while tanking up on caffeine (all the usual suspects). They also offer a nice selection of sandwiches, pastries, bagels and other snacks.

Thus fortified, you can explore art galleries and shops around the corner, or if your timing is right catch some community theatre at the Spotlight Playhouse across the street.

Surely by now you'll be ready for something more potent, right? Back on Washington Street, look for a large stone building that looks like a bank. In fact the Barking Dog Ale House is in a former bank, complete with sky-high ceilings and ample space for a crowd. You'll be greeted at the door and handed a flyer with the pub's list of always changing — at least once or twice a week — beers and hard ciders on tap, 40 in all, organized by style, complete with descriptions.

It's a friendly place, the sort of place where you might expect folks to yell "Norm!" when you walk in. (And if you don't get that reference, you're probably too young to be drinking.) As I stared at the list from the doorway, I muttered about having never tried one of the ciders it mentioned.

"Oh my god! You've got to try it!" was the chorus from several staffers I didn't realize were listening. And before I knew it, I had a seat at the bar and sample at my lips. It's that friendly.

When you're done drinking, it's time for some sustenance. As charming as the downtown is, head up Washington Street half a mile and into a quasi-residential-commercial zone that really has nothing going for it aside from Benedetti's Deli, home of the so-called "rocket."

That's the deli's name for massive subs, generous and delicious creations that have been a family affair since 1961. There are no tables or chairs, just a counter, a few drink coolers, and plenty of banter among the three siblings who run the business.

These are big, bodacious subs, made for decades on soft white rolls baked across the street by the Fantini Bakery. This is not the place to be a vegetarian. The rockets are mostly meaty monsters, such as "the stud" — ham, roast beef, turkey and provolone — or "the heart stopper," which adds a hefty helping of bacon to the mix.

But the rocket you must try is the Nero (subtitled the "ultimate Italian"). Your roll will be jammed with pepperoni, mortadella, ham, Genoa salami, sweet capicola and provolone cheese. You'll have your choice of veggies, plus mayo or oil, but oil is the only way. 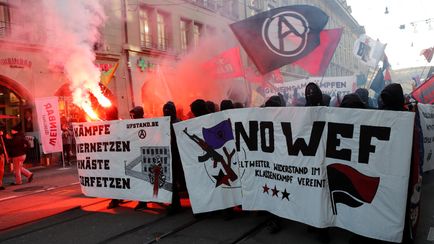