There's a reason Eugenie Bouchard has a whole "army" behind her — it's because she always has time for her fans.

After her successful second round match at the Australian Open on Wednesday, Bouchard gamely caught a Canadian fan's cellphone from the crowd and snapped a photo of herself:

Can't believe you threw me your phone 🙈 “@pabs613: How about a winning selfie with @geniebouchardpic.twitter.com/BB48ESpiMA”

As Taylor Fahey, the owner of the phone, explained to Ottawa sports station TSN 1200, "She was just about to walk through the [players'] tunnel to leave and I called her name. She looked up at me and I just said, 'Why not?' I threw my cell phone down, she caught it with one hand, like nothing, just a good athlete there, and took a selfie for us and passed it back up."

Pablo Juarez, who along with Fahey, posted the photo, put this up on Twitter as well:

We did it. @TSNSteveLloyd@TSNSteve Two #Ottawa lads score selfies with the best athletes in pro sports. #AussieOpenpic.twitter.com/LWOmPFwTaH

The pair are both from Ottawa originally, and are currently working in Australia.

In addition to being a tennis star, Bouchard is known for her love of social media and rather amazing selfies, and has inspired fans' loyalty across the globe — especially when they think she's being slighted.

When a journalist at the Australian Open asked Bouchard to "twirl" after her match, supporters took to Twitter to defend her.

And count on a Canadian sports station to understand that she's far more than a pretty face. After inquiring of Fahey if he'd asked Bouchard on a date, the host quickly corrected himself, saying "She's got more important things to deal with." 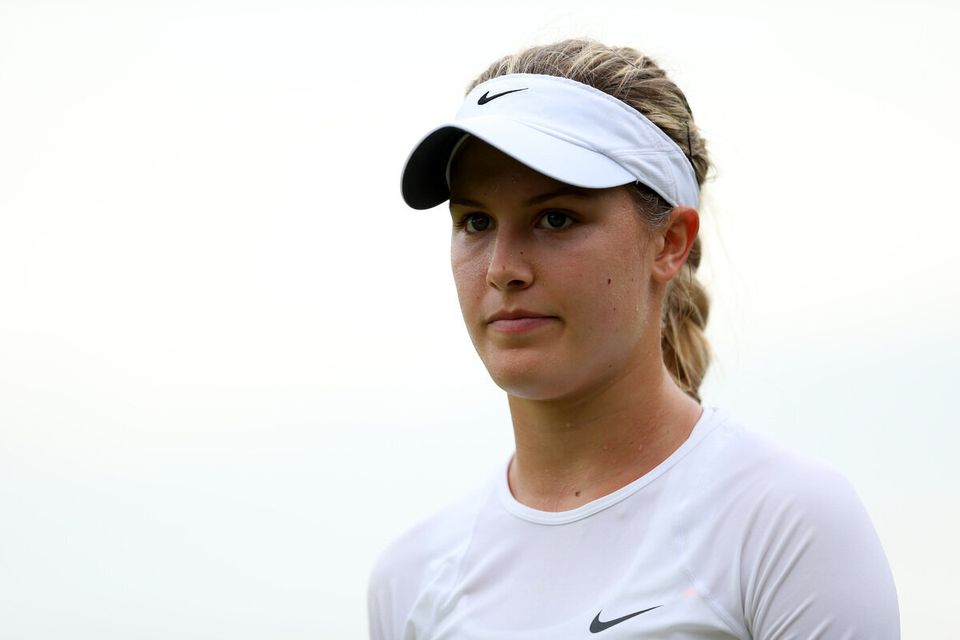