Jack Andraka just graduated high school. It was a big deal, of course, but it was also a moment of normalcy for a kid whose life so far has been anything but ordinary.

Andraka overcame homophobic bullying to become a world-famous science prodigy at the age of just 15. He's been invited by Michelle Obama to the State of the Union as her "champion of change" and President Obama once said "What Jack is doing is better than what I was doing at high school, I promise you."

His trophy shelf houses prizes like the prestigious public service Jefferson Award, the Smithsonian American Ingenuity Award. Not to mention his Stanford acceptance letter to study bioengineering in the fall, leaving behind his makeshift lab in his parents' Baltimore basement.

He also beat out 1,500 entries from around the world to win the $75,000 Gordon E. Moore Award at the Intel International Science and Engineering Fair. Three years ago, Andraka created a potentially groundbreaking test that can help detect pancreatic, ovarian and lung cancers in early stages. He says the tests can come up with results in five minutes for as little as three cents.

While that promising invention undergoes trials, he's already moved on to what he believes could be the next frontier of cancer treatment: Building nanobots out of iron oxide, or rust, that can destroy cancer cells.

Andraka spoke to The Huffington Post Canada following his talk at the recent Ideacity conference in Toronto about a range of issues including his revolutionary science projects and diversity in science and tech, especially among his fellow LGBT youth.

Why did you decide to work on your cancer detector at age 15?

What really inspired me was the death of a close family friend from pancreatic cancer. I found out that most people are diagnosed far too late and that's the big problem with pancreatic cancer. Whenever I wake up, I go to the lab and think 'How can I save 100 lives today?' That was the big thing that I did. That got me inspired.

What's the current status of it?

Right now it's in pre-clinical trials, we tested it on a lot of different patients and and we're in talks with a bunch of different biotech companies, so just trying to get through the process. It'll probably be on the market in the next five to 10 years, hopefully.

As a high school student, how did you get access to the intellectual, and actual, tools to put this together?

I just used Google and Wikipedia to get all the background information. Also I emailed 200 professors at Johns Hopkins University and the National Institute of Health. I got 199 rejections, and finally one acceptance. But definitely it was a process of getting into a lab.

I actually create my own nanorobots. It's really easy to make them, you just mix up the components in a glass jar and shake it.

Most people picture them like tiny little robotic creatures that get injected into the bloodstream, but what are they actually?

My nanorobots are like these miniature bombs that go around. What makes them robots is that they can communicate with each other and learn how to treat cancer. I programmed them with artificial intelligence and I do that using DNA, which is programmable. So instead of writing in like JavaScript I'm writing in DNA.

How do you program DNA?

It's all based on how strongly it will bond or something. So for example, a certain sequence of DNA will bond to a protein or something because of its shape. But then if you have an identical strand of DNA, its compliment, that will prevent it from bonding to the protein. You can use these little physical property tricks in order to program it using its innate properties. With the DNA you actually just buy the sequences. I tell them what sequence I want and they ship it to me and then I can just pop it on my nanorobots.

What is your ultimate plan for them?

The possibilities are endless, you could inject them and have them monitor you for cancer, monitor you for pretty much any disease, and instantly treat it even before you know you have it. But the work is so preliminary [it'll take] at least 20 years.

What do you think about Obamacare?

I'm a huge fan of Obamacare. Health care should be free. It's a basic human right people deserve to be healthy and you shouldn't have to pay for your health. Implementation could've done better but I'm glad that's finally there and I hope we will reach a place where we are like Canada's health system where you don't have to pay for your health care because that's ridiculous.

autographed photo of me and the President! @intelisef@TEDchris@TEDFellow@TEDMED@TEDNewspic.twitter.com/j2LFkdpLz0

One argument against universal healthcare is that it impedes research because our system is for people, not for profit.

Medicine is for people, and if you don't have that human aspect why are you doing the research. But I don't think it's going to impede research, there's always going to be money in medicine. By making it universal I don't think you're going to diminish that.

The STEM [science, technology, engineering and math] fields have a diversity issue right now, how would you encourage that situation to change?

We really have to change how we're our teaching STEM. Right now we have this bulimic learning system where we're trying to cram as much information down kids throats as possible and have them puke it up on tests. That's not what science is. Science isn't this cold, hard discipline, it's more about using your curiosity and creativity to change the world and inquire about the world around you.

I really think we need to show that through more hands-on demonstrations. And also show people more than the traditional white male who does science. As an LGBT youth I didn't see any role models for me except for Alan Turing, and that was 60 years ago. We definitely need to show more diverse role models in STEM.

Are you doing any specific outreach to the LGBT community?

Yes, I'm a Point Scholar now. That's an organization reaching out to LGBT youth and I work with a bunch of companies, like Intel, about inspiring LGBT youth to get out there.

So, you're 18 and you just wrote a memoir, Breakthrough: How One Teen Innovator Is Changing the World.

That was fun. It was definitely a really interesting process and I'm super happy that I got it out there got to tell people my story. And really showing kids if they can change the world because I didn't even know what a pancreas was and I just used Google and Wikipedia and found a new way to to detect cancer.

So just imagine what you can do.

This interview has been edited and condensed. 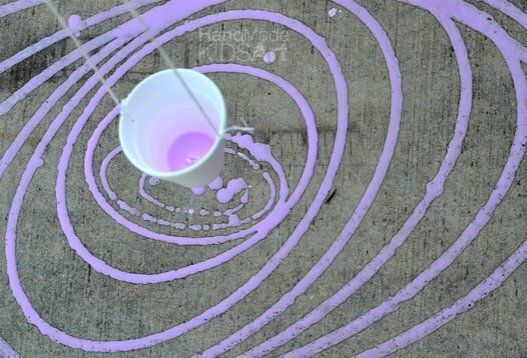