Conservative Leader Stephen Harper isn't budging on his refusal to hold a federal inquiry into missing and murdered aboriginal women, framing the issue Tuesday as a law-and-order problem and noting police have solved most of the crimes.

Advocates for an inquiry swiftly criticized Harper for taking an overly narrow view of violence against aboriginal women and girls that ignores complex underlying causes.

"We don't expect anything different from Harper," said Cheryl Maloney, president of the Nova Scotia Native Women's Association. "We're hoping for a government that will work with us in addressing this."

It's time to move past "simplistic explanations," such as attributing the phenomenon to domestic violence, said Craig Benjamin, campaigner for the human rights of indigenous peoples at Amnesty International Canada.

"We have to get to the point of understanding the violence is far more pervasive, that it has multiple causes and that it does in fact have deep roots in our society and the relationships between aboriginal and non-aboriginal people."

During a campaign stop in Whitby, Ont., Harper said it is "way past the time" for studying the subject because there have been some 40 examinations already.

Instead, a re-elected Conservative government would press ahead with efforts to prevent violence against aboriginal women and ensure appropriate penalties are in place for abusers.

"Our government position on this has been very clear. We have moved forward with a whole series of criminal justice reforms to deal with the problems of violence against people generally, violence against women in particular," Harper said.

"Most of these murders, sad as they are, are in fact solved."

A landmark report issued last year by the RCMP said close to 90 per cent of all female homicides are solved, and there is little difference in solve rates between aboriginal and non-aboriginal victims.

Even so, NDP Leader Tom Mulcair said Tuesday that Harper was "shamefully ignorant of the facts."

There is an obligation to get to the bottom of the problem, he said, reiterating the New Democrat promise to initiate an inquiry within 100 days of forming a government.

Benjamin said the dozens of studies into violence against aboriginal women include a "vast body of unimplemented recommendations."

"It would be one thing if the government were to say, there's 40 studies and we're going to sit down and make sure those recommendations are implemented."

A federal commission of inquiry could yield "a consistent, coherent plan of action based on a genuine knowledge of what's happening," Benjamin added.

In September 2014, the Conservative government outlined initiatives to address violence against aboriginal women and girls including funding for shelters and family violence prevention activities, and support for police investigations and creation of a missing persons index.

The federal measures are inadequate and leave too many gaps, Benjamin said. For instance, the vast majority of First Nations communities lack women's shelters.

Asked at an Oct. 1 all-candidates debate about the prospect of a federal inquiry, Montreal Conservative nominee Richard Sagala acknowledged "dark chapters" in the relationship with First Nations.

A recording of the event shows he went on to characterize the creation of Nunavut as a less than satisfying experience, with violence there comparable to South Africa.

The Liberals criticized Sagala, who posted a clarification Tuesday on his Facebook page.

Maloney, meanwhile, is focusing her efforts on encouraging aboriginals to cast election ballots. "I'm hoping to have more impact on voters than on Harper." 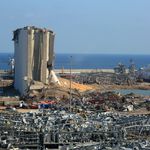