TORONTO — Contrary to popular perception, Canadian dads are more likely to kill their children than moms are, according to an extensive new study that also finds the gender gap appears to be growing.

The research published in the journal Child Abuse and Neglect could help in devising strategies to prevent the horrors of filicide, study author Myrna Dawson said Wednesday.

"People who kill their children tend not to be evil, they tend to be people who are struggling with very real life events," Dawson, a University of Guelph sociology professor, said in an interview. "Social supports can help reduce the number of these cases."

Dawson, a Canada research chair in criminal justice and public policy, looked at Statistics Canada data from between 1961, when the agency started its annual homicide survey, and 2011, the most recent year for which the information was available. In that time — one of the longest periods for any study of this kind — parents killed at least 1,612 children under 18.

Overall, 57 per cent of the accused child killers were men, although the ratio jumps to 90 per cent for stepfathers, according to the research.

While the study did not attempt to delve into details of individual homicides, Dawson said the higher incidence of fathers killing children may simply reflect the fact that men, in general, are more violent than women.

"Another explanation may be that an increasing gender gap in filicidal mothers and fathers is the result of changes in parenting or child-care responsibilities," the research states. "It is believed that fathers spend more time with children than in the past, arguably increasing their time at risk."

Dawson said she was surprised by the size of the gender gap.

"Even research has focused more on female accused," Dawson said. "It may be that there is more horror if a mother kills a child than a father, because we don't expect violence as much from women."

Another finding was that killer fathers tend more than mothers to be motivated by revenge or sexual jealousy.

— Female accused tend to be under 18 and likely single or never married;

— Males dominate older age groups and tend to be divorced, separated or widowed;

— Most accused are biological parents;

— When stepchildren are killed, nine of 10 accused are the stepfathers;

— Fathers are more likely than mothers to commit suicide after killing a child.

Dawson said further research is needed on parental-leave policies in terms of stresses on parents and the changing roles of mothers and fathers in child care. Experts also need to pay more attention to family violence involving stepchildren given the increasing numbers of blended families.

"We've learned that domestic homicides are actually probably one of the most preventable types of homicide," Dawson said.

Several child-killings have made the news in recent months: A Winnipeg woman was charged with killing her two-month-old daughter, a Montreal man killed his 10-month-old-son and then himself, a woman threw her six-month-old child from an apartment in New York City.

"There are often risk markers, there are often situational factors; if there was public and professional awareness of the risks to children, there may have been more immediate interventions." 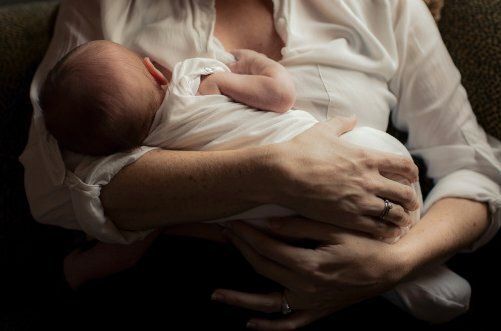