DAVOS, Switzerland — Benjamin Netanyahu, long seen as a close friend and ally of Stephen Harper, says he has since struck up a very good relationship with the former prime minister's new Liberal successor.

The Israeli prime minister, in Davos this week for the World Economic Forum, said he and Justin Trudeau had a "great" meeting at an earlier international gathering in Paris.

"We have a very, very good relationship," Netanyahu said.

Strong, unwavering support of Israel was long a foreign policy pillar for the Conservative government under Harper, who in Israel in 2014 famously promised that Canada would stand with the Jewish state through fire and water.

Trudeau has pledged similar support for Israel, although he is greeted with skepticism from some corners of Israeli supporters in Canada. Not so Netanyahu, who insisted he has no misgivings about the Liberals.

That's even after Trudeau promised to pull Canadian fighter jets out of the battle against the militants of the Islamic State of Iraq and the Levant — a decision the Israeli leader insisted Thursday was entirely Canada's to make.

The conflicts in the Middle East have come up repeatedly at the Davos meeting, including minutes before Trudeau took the stage Wednesday for his keynote address. Iran's foreign minister, sitting on the same stage Trudeau and Netanyahu would each soon occupy, argued there was no military solution to the crisis, only a political one.

Trudeau has been publicly pressed twice in Davos on his decision to withdraw the six CF-18s taking part in the bombing mission. Twice, he has cited Canada's military expertise in training security and gathering intelligence, the result of a decade spent fighting in Afghanistan.

"We definitely have much to contribute on helping local militias and local troops be more effective in the direct fight," Trudeau said in a session with CNN host Fareed Zakaria.

"If there's one thing that recent history has taught us, it's that ultimately conflicts like this need to have their resolution on the ground with people who ... want to take their countries back from terrorists."

On Thursday, Trudeau was asked about what Canada planned to do about the Syrian refugee crisis — specifically its root causes. Countries need to create a situation in Syria where refugees can return home if they wish, he said.

"Yes there's a need for security and military engagement, and Canada's committed to continuing as part of the coalition engaged in military action against the Islamic State, for example — although we will be pulling out our six fighter jets," Trudeau said.

"There are other ways that we will be engaging militarily." 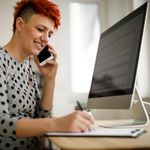