Ever since non-profit organization Baby Box Canada announced it would be bringing baby boxes to Ontario, many parents have debated whether or not the organization is legitimate.

"Sooo a mom-to-be sent me a link to this today, and I've already seen it popping up in a couple of Facebook groups. It bills itself as a baby box program, like the famous Finnish government program that sends new parents home from the hospital with lots of simple essentials... Except that this is not a government program. There are no clear affiliations at all on site. Sign up, get a box of stuff from 'sponsors and contributors.' There's no information about who those sponsors or contributors are, and nothing about what will be done with your information once they've collected it," noted one Reddit user.

According to its website, the Toronto-based organization will provide boxes to new parents in Ontario, completely free of charge. All parents need to do is sign up. Once more than 5,000 parents registered on the site, the company would begin distributing boxes.

"Looks neat, but I'm torn between wanting to sign up, being suspicious and thinking I should leave my spot open for someone who needs it more," wrote one mom on a BabyCenter forum.

Other parents on the forum commented on the vagueness around what is actually in the boxes. “Contents include clothing, blankets, toys, books and other items of interest,” the FAQ page reads. As well, the site mentions the program, while non-profit, is not run by the government. Instead, it is entirely funded by donations and sponsorships, which go unnamed.

So HuffPost Canada Parents got in touch with Baby Box Canada.

Baby Box Canada was founded by Toronto couple Romi and Edward Walker. The Walkers are entrepreneurs who have previously worked on Ming Man, a Chinese Philosophy eLearning platform, and Sanga Yoga, a yoga video series.

"We feel very passionate starting the Baby Box Canada program. Before our baby was born, we were in the same position as most expectant parents are – we were overwhelmed."

After the birth of their first child in 2014, the couple began working to “combine their passion for parenting with the enthusiasm and energy they have always had for their work.” Thus, Baby Box Canada was born.

In an email to HuffPost Canada Parents, the couple said: “We feel very passionate starting the Baby Box Canada program. Before our baby was born, we were in the same position as most expectant parents are – we were overwhelmed. Now all parents-to-be across Ontario will be able to get a box of items they need, and it will arrive at their doorstep! When it will be time to plan for our second, we will definitely be counting on getting one of these boxes for ourselves, too!”

While Baby Box Canada might seem too good to be true (you’re receiving a box of goods free of charge, after all), it is in fact a legitimate non-profit with its own registration number.

According to the Walkers, most of the public’s confusion over its legitimacy comes from not understanding how the company operates.

"We want to provide our Baby Boxes to all expectant parents in Ontario, not just to those who would qualify for charity."

“A non-profit is simply an organization that operates for a purpose other than profit, meaning that profit is not paid out to the owners or shareholders,” the couple explained. “This is exactly how we are operating.”

The Walkers reassured that any profit the company does make is put back into the organization to keep it alive and running.

While traditional Finnish baby boxes are funded by the government, the Walkers decided not to go that route because they had no need for government funding to get their project started. The organization is currently run by sponsorships and contributors, however, none of them have been announced.

Although the Walkers also had the option of making Baby Box Canada a charity instead of a non-profit, the couple decided against it. “We want to provide our Baby Boxes to all expectant parents in Ontario, not just to those who would qualify for charity,” they said.

The Baby Box Company, which supplied baby boxes to the Alberta program, previously had suspicions regarding the Ontario site. As a result, they got in contact with the organization to confirm its legitimacy.

**UPDATE FOR CANADIAN PARENTS** We want to let all of you know that Baby Box Canada did connect with us and we can now...

Posted by The Baby Box Company on Monday, February 8, 2016

The company intends to help give all babies an equal start in life by providing baby boxes to new parents in Ontario. All parents have to do is register on their site.

3 easy steps that will get you closer to receiving your free Baby Box!babyboxcanada.org

Despite the simple process, many parents are concerned about sharing their information with the organization. “I never give out or sign up for anything with my personal email, my stupid pregnancy brain accidentally put my personal email down for this baby box program,” one Redditor wrote. “I've had nothing but spam emails ever since signing up :( I wouldn't be surprised if it was a scam!”

In response to these concerns, the Walkers reassured that they do have a privacy policy on their site and that they would never sell their mailing lists to anyone. “We take privacy very seriously. We meet all regulations regarding the treatment of PIDs (Personal Identifiable Data) in the most strict and serious way,” they said.

Baby Box Canada first opened its registration on Jan. 30. At that time, the company and its sponsors decided they needed to generate enough interest before packaging and mailing out boxes. They then decided that 5,000 sign-ups would be sufficient.

Less than 10 days after launch, over 15,000 parents had registered. “The demand is here, which we’re ecstatic about, but it means we have to re-scale our operations,” the organization told HuffPost Parents in an email. “We are working around the clock to source additional partners and to ensure that our current partners have sufficient time to meet an April ship date. We want every registrant to have an incredible experience with Baby Box Canada.”

For those wondering why the organization’s registration form does not ask for a mailing address, Baby Box Canada explained on Facebook that it was to protect people’s privacy. However, they would send out emails requesting addresses once they finalize delivery dates.

For those of you who are wondering when we’ll ask for your mailing address. We have deliberately limited the amount of...

While the first round of box shipments will go out in April, the company said it will be sending out alternate packages for those expecting much sooner.

While the organization cannot officially announce its sponsorships just yet, it can confirm that the boxes will include items such as bibs, diapers, bath towels, onesies, lotion, nursing pads, toys, diaper cream, shampoo and so on. The boxes will also include getting-started guides for topics such as breastfeeding, car safety and swaddling.

“We plan for the box to arrive two to three months before expected due dates — right when parents are starting to think about how to stock their homes for their new baby,” the organization said. “In addition to the product, we’ve also asked our partners to provide coupons for future purchases. For partner brands, this is a chance to develop a lasting relationship with potential customers. For parents, this provides an opportunity to test out new products and to save money, too!”

"We plan for the box to arrive two to three months before expected due dates — right when parents are starting to think about how to stock their homes for their new baby."

As of Monday, 18,500 parents have signed up for Baby Box Canada. But despite the huge demand in Ontario, the organization says it has no plans to request government funding. “That said, we would be thrilled for this initiative to have enough success to pique interest from any level of government!” they added.

This isn’t the first time the 75-year Finnish tradition has made its way to Canada. Just last month, the Alberta government announced a new program called “Welcome to Parenthood,” which has been distributing 1,500 baby boxes to new parents in the province. The program is currently in its testing stage, which is why the boxes are not yet available across the country.

Besides Alberta, baby boxes are also available in Saskatoon, but for a price. The boxes are sold to new parents through a local store called Ready Set Baby Planners and Boutique. 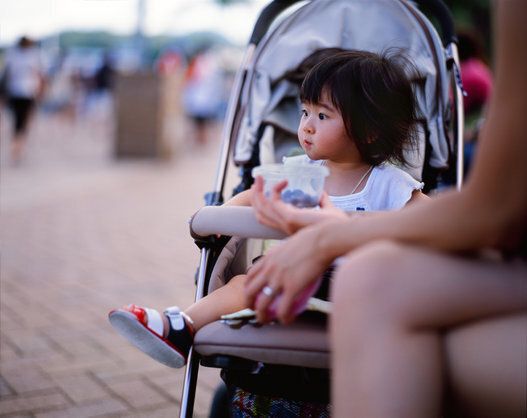