VANCOUVER — British Columbia's Solicitor General Mike Morris says it is deeply disturbing to hear that a book about serial killer Robert Pickton is on the market.

Morris says his ministry is appealing to online book retailer Amazon to stop carrying the 144-page book entitled Pickton: In His Own Words.

There is no confirmation that Pickton actually wrote the book, but the statement from Morris says the province is investigating every means possible to ensure the 66-year-old, who was from Port Coquitlam, will not profit in any way.

The statement says the B.C. government is very clear that crime should not pay.

Advocacy group Victims of Violence In Canada says on its website that only four provinces; Alberta, Saskatchewan, Ontario, and Nova Scotia, regulate whether an offender can profit from their crimes, through payments such as book revenues.

Pickton is serving a life sentence for the second degree murders of six women and is being held at Kent maximum security prison near Agassiz, B.C., about 120 kilometres east of Vancouver. 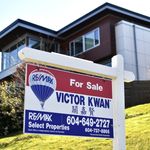