OTTAWA — The Senate has rejected a proposal to allow individuals who are diagnosed with competence-eroding conditions like dementia to make advance requests for medical help to end their lives.

By a vote of 47-23, with two abstentions, senators rejected late Monday an amendment that would have added the right to make advance directives to the federal government's proposed new law on assisted dying.

The amendment, proposed by the Senate's independent Liberal leader, James Cowan, would have allowed individuals to spell out the circumstances in which they would want an assisted death at some future time when they're no longer competent or able to communicate their wishes.

Cowan's proposal was a step too far for many senators, who are already on a collision course with the government over their decision last week to knock out the central pillar underpinning Bill C-14: the proviso that medical assistance in dying be available only to suffering Canadians who are near death.

"We are risking, with a plethora of amendments, losing credibility in the (House of Commons)," Conservative Sen. Dennis Patterson warned during prolonged debate on advance requests.

"Let us venture onto this new ground with caution and with full knowledge of all the implications and nuances of such a complex issue as advance directives ... This amendment, I say with respect, will rush to a conclusion on a very complex issue."

C-14 does not include a provision for advance directives but it commits the government to launch a study into that issue within six months.

The Senate is expected to consider another amendment Tuesday which would put an end date on the study, guaranteeing that it would not simply drag on without resolution for years.

While the Supreme Court did not address the issue of advance requests when it struck down the ban on assisted dying last year, Cowan argued that parliamentarians have a responsibility to anticipate future court challenges to C-14.

By failing to include advance directives, he said C-14 discriminates against individuals on the basis of their disease.

"Canadians are looking to us to fill what they see as a gaping hole in this bill," Cowan said, adding that senators have received more emails on advance requests than any other subject.

"They see it as a matter of personal autonomy and personal choice. I agree."

However, many senators appeared to be disturbed by a question posed by independent Liberal Sen. Art Eggleton, for which no one had a definitive answer.

"Let us say somebody is diagnosed with dementia, decides at that point in time while they're still competent that they want to make an advance request, determines at that point a stage at which they think that request should be carried out," Eggleton said.

"What if that time comes and the person, although not considered competent at that point in time, does have some sense of the difference between life and death and says that they do not want to die?"

Cowan said his sense is that the request would not be carried out under those circumstances. But the lack of certainty clearly unnerved some senators.

Although he supports the notion of advance directives, independent Sen. Murray Sinclair said Cowan's amendment "is an example of how doing the right thing in haste can cause us to do the wrong thing."

Senators also rejected a sub-amendment by Sen. Pamela Wallin, which would have allowed any consenting adult, whether or not they've been diagnosed with a grievous medical condition, to spell out in advance the circumstances in which they would want medical help to end their lives.

Her proposal was aimed at ensuring assisted dying could be an option for those who lose mental capacity suddenly due to a stroke or accident or for those who have already lost the ability to make an informed choice by the time they're formally diagnosed.

"The need for a diagnosis excludes a whole group," Wallin argued.

"It begs the question why is the end of life so much more important in this debate than the end of any quality of life? In other words, for those who choose a quality of life, why can they not have a voice in how they live their life or end it?"

C-14 would allow assisted dying only for consenting adults "in an advanced stage of irreversible decline" from a serious and "incurable” disease, illness or disability and for whom natural death is “reasonably foreseeable."

That's more restrictive than the criteria spelled out by the Supreme Court, which directed that medical assistance in dying should be available to clearly consenting, competent adults with "grievous and irremediable" medical conditions that are causing enduring suffering that they find intolerable. 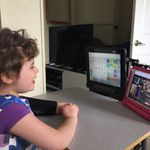