The story of artist Vincent van Gogh's ear is probably as famous as his paintings. Until recently, scholars believed that Van Gogh sliced off his ear lobe in a moment of insanity, wrapped the severed body part in newspaper and presented it to a prostitute.

But a new piece of evidence has surfaced revealing that the painter actually cut off his entire ear, not just the lobe, and brought it to a brothel maid as a well-intentioned but ill-conceived gift.

The evidence came in the form of a letter from Van Gogh's doctor, Felix Rey. The note features a rough sketch of the painter's self-inflicted injury, and it's clear that he lopped the whole ear off.

Nienke Bakker, curator of Van Gogh paintings at the Van Gogh Museum, looks at the painting 'Portrait of Doctor Felix Rey,' part of the exhibition 'On the Verge of Insanity,' at the museum in Amsterdam. (Photo: Getty Images)

"I am happy to give you the information you have requested concerning my unfortunate friend," Rey wrote in French beneath the diagram. "I sincerely hope that you won’t fail to glorify the genius of this remarkable painter, as he deserves.”

The letter was discovered by British historian Bernadette Murphy in the Irving Stone Archives at the University of California Berkeley. According to a statement, Murphy spent seven years researching letters from the period in order to find the maid, Gabrielle.

The young girl had suffered a dog bite and was working to pay off her medical bills when Van Gogh gave her the ear. Murphy thinks he had the delusional hope that it would heal her.

"Van Gogh was somebody who was very touched by people in difficulty. I feel that he wanted to give her this gift of flesh."

"Van Gogh was somebody who was very touched by people in difficulty. I feel that he wanted to give her this gift of flesh,” Murphy told the Daily Telegraph.

The new story of Van Gogh's ear, along with a handful of Murphy's other discoveries, are being displayed at a new exhibit at the Van Gogh Museum in Amsterdam. The exhibit, titled On the Verge of Insanity, will open Friday as a companion to Murphy's book, "Van Gogh's Ear: The True Story."

The book was released Tuesday. 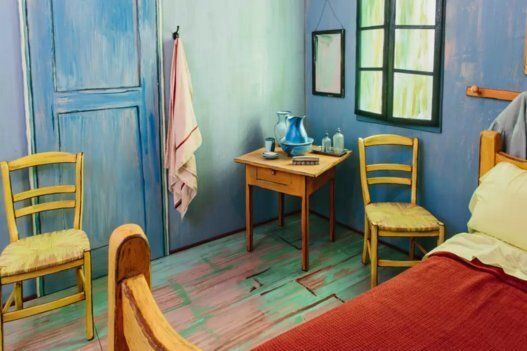