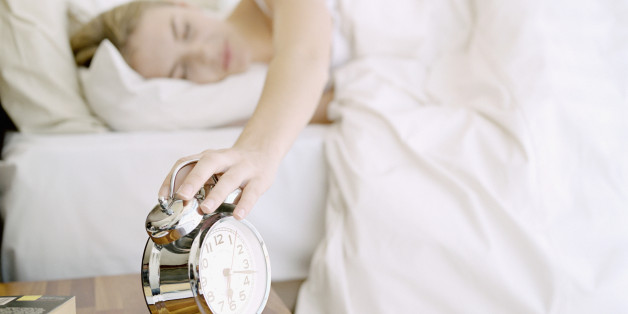 What do you do the moment you wake up? Stretch? Look at your weather app? Jump in the shower? If you want to be successful, you'll be fine doing any of the above, as long as you don't do one thing: check your email.

Checking your email first thing in the morning may be tempting. It's right there on your phone, and you might think that you're being productive by getting some emails out of the way early in the day, but doing so can actually be quite damaging.

Author Julie Morgenstern wrote an entire book on the subject, called "Never Check Email In The Morning." Morgenstern has been a consultant for companies like American Express, FedEx and Microsoft since 1989 and has written extensively on organization and time management for publications like Forbes and the New York Times.

If you start your day off by responding to emails, "you'll never recover," Morgenstern told The Huffington Post. "Those requests and those interruptions and those unexpected surprises and those reminders and problems are endless... there is very little that cannot wait a minimum of 59 minutes."

The problem is, email is reactive and not proactive, she says. You just wind up bouncing from task to task, letting your inbox set your agenda. Instead of starting your day with email, start by completing an important task that requires focus.

"It's hard to go from your transactional, shallow part of your brain, the frontal cortex, to the other parts of your brain where strategy happens and relationships happen," Morgenstern told HuffPost. "It's easier to start in the deep recesses of your brain and go to the shallow parts."

If you start your day with an important, focused project, "you'll get significantly more done," says Morgenstern who emphatically notes that truly succesful people always start their day like this. Tumblr founder David Karp, who recently sold his company to Yahoo for $1.1 billion, recently told Inc.: "I try hard not to check e-mails until I get to the office, which is usually between 9:30 and 10 a.m.," Tumblr founder 27-year-old David Karp told Inc. recently. "Reading e-mails at home never feels good or productive," he said.

Blogger Sid Savara argues that email can distract you from what you actually want and need to work on. "As soon as you get up, work on something important for 30-45 minutes, and only then check it," Savara suggests. "If you can stand it, wait even longer. Some days I don’t check email at all until after lunch."

If you have things you know you need to work on, focus on those rather than checking your email in the morning and even throughout the day. "Rather than actively setting an agenda, email forces you to react to items as they come in – regardless of their true priority," Savara writes.

Plus, odds are the emails you're getting early in the morning are going to stress you out, not put you in a great mood. The morning is all about setting your tone for the day, and reading angry emails from your boss isn't going to set a good one.

‘Borat 2’ Includes A Deep Burn About The Trudeau Brownface Scandal

Thank You, Le Château, For The Questionable Fashion Moments That United Us