Much like a nightmarish child-murdering burn victim, or a masked escapee from what in the '70s was called a "sanitarium," Halloween just kind of creeps up on you every year. It's so easy to plan to have a great costume next year, but so hard to actually plan your costume more than a week in advance.

But we're here to help. Here are some of the most popular Halloween costumes this year, and what you need to know before taking any of these on. You're welcome.

Everyone's favourite Duchess has contributed largely to this year's pop culture landscape. Her simple Givenchy wedding dress and elaborate veil will likely be the most common Halloween iteration, but there are plenty of other iconic Meghan looks to emulate. Fascinator-wearing Meghan, "Deal or No Deal" Meghan, casual Toronto-dweller Meghan, or even pregnant Meghan.

(Bonus points if you can convince a tall ginger to accompany you.)

This might be for you if: You woke up at the crack of dawn to watch the wedding of two strangers who live across the ocean and who you're unlikely to ever come in contact with in real life.

Avoid it if: You're not in the mood to answer questions about when you're getting married, or having a baby, or becoming a royal. It's Halloween, you just want to have fun tonight and not think too hard about where your life is heading, okay?!

To the untrained eye, many characters from the mega-popular video game Fortnite look like standard soldiers, but the ones who stand out — Skull Trooper, Dark Voyager, and the Nutcracker-esque Crackshot — would make great costumes. The pink-haired, multi-coloured Brite Bomber seems to be one of the most distinctive, and one of the easiest to replicate.

This might be for you if: You're a teen, or you want to impress a teen.

Avoid it if: You don't want people older than 30 to ask if you're a Care Bear.

Ally and Jackson Maine from "A Star Is Born"

Anyone have a shaggy beard and greasy hair? Or a prominent nose and brown and/or orange hair? If you might possess those qualities or you can effectively fake them, throw on a leather jacket, cowboy hat, tied crop top, Edith Piaf eyebrows, and maybe — deep cut! — carry around a cream cheese bagel.

This might be for you if: You like the music industry, crying a lot, and letting Bradley Cooper consider himself a real director.

Avoid it if: You can't sing. You know people will want you to belt out "The Shallow," and denying drunk people a great song is just mean.

This is somehow Canada's most popular Halloween costume search, according to information compiled by Google.

This might be for you if: You have a clever twist on it — Justin Trudeau smoking weed? (Try to be more clever than that, though.)

Avoid it if: You don't feel like arguing about politics all night.

Ariana Grande (with or without Pete Davidson)

Tall boots, oversized sweater, long, high ponytail (or half-ponytail), and you're there. Couldn't be easier. If you want to go with a "Pete Davidson," just ask any tall man. (It could literally be anyone.)

This might be for you if: You're short, and/or you already have a cloud tattooed on your finger, the word "reborn" on one thumb, and the acronym "H2GKMO" on your other thumb, and "Pete" on your ring finger.

Avoid it if: You're still heartbroken because you thought their love was pure and would last forever.

The 11th (!) movie in the franchise is out now, 40 years after the original. It's a good time for all of you Myers-heads to show your appreciation for a long-running serial killer. (If you want to binge the whole series, quick reminder that Michael Myers weirdly isn't a character at all in "Halloween III: Season of the Witch," and that the Rob Zombie remake in 2007has far too many masks and too much sexual violence for our liking.)

This might be for you if: You're a die-hard John Carpenter fan and/or you want a costume that consists of just two accessories.

Avoid it if: You a) actually want to talk to people and b) don't want your face to sweat profusely all night. Seriously, do you know how hot those masks are?

Despite not being exactly topical — the duo committed crimes in the 1930s, the movie came out in the '60s, and the Faye Dunaway/Warren Beatty Oscar flub happened in 2017 — this is apparently the most-Googled couples Halloween costume in Canada. But hey, if couples want to dress up as stylish bank robbers, who are we to stop them?

This might be for you if: You already own the hats.

Avoid it if: You take Hilary Duff's side in the iconic Hilary Duff vs. Faye Dunaway feud. If so, I'm sorry, but this character is not for you.

This might be for you if: You want to be cozy, you have kids, or you're trying to find a cute way to get over your selachophobia.

Avoid it if: You don't want that dang song stuck in your head allllll night. (And the next day, and the day after that, and for the rest of your life, probably.)

This might be for you if: You have functioning eyes, a beating heart and appreciate true beauty and passion.

Avoid it if: You're trying to avoid a fight with your partner about that person you work with who you swear is just a platonic friend, even though you work together in an intensely close capacity and are very clearly seriously in love with each other even though you continue to deny it.

The movie beat all kinds of box office records andbecame the highest-grossing superhero movie of all timewhen it was released earlier this year. At least part of its success is that it gave black children, and adults for that matter, a rare opportunity to see action heroes who looked like them.

Avoid it if: You are not black. Halloween and cultural appropriation should not go hand-in-hand.

Fine, it's clever. But we still want to know why Party City only offers it as a women's costume — do men not get ghosted?

This might be for you if: You know the person who abruptly stopped texting you will see your costume, and you enjoy a little passive aggression. (No judgment — there are people out there who need to see these costumes.)

Let's face it, we know this one is coming.

This might be for you if: You're really, really jazzed about legalization.

Avoid it if: You don't know how the heck to pronounce "terpenes" or feel like being "well, actually"-ed by intense weed aficionados.

Have a happy Halloween! And please — PLEASE — if you're tempted to dress as Donald Trump, just make everyone else's Halloween a little better, and don't. 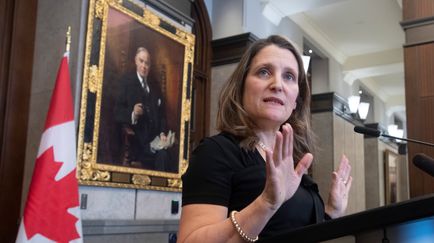