The festive lighting arrangements, the ornately decorated trees, the ceremonial unwrapping of gifts on a white-capped Christmas morning — for the most part, 11-year-old Junayd enjoys the promises of the holiday season.

But what typically fails to excite him are those famed holiday parties.

“With the holidays and the Christmas season, it’s the social piece that becomes a challenge,” Alifa, Junayd’s mother, who asked for her and her son’s last name to be withheld due to privacy concerns, told HuffPost Canada.

Junayd is diagnosed with both ADHD and autism spectrum disorder (ASD), a neurological and developmental condition that affects both communication and behaviour, among other things.

The disorder’s particulars vary based on where the person lands along the spectrum, but like many other people with autism, Junayd has certain sensory sensitivities, and responds intensely to environmental stimuli.

“It’s the noise, the big crowds, being inundated with family members, being surrounded by so many people,” Alifa said, noting these are all common themes at holiday parties. “Those are all things that can overwhelm him, or make him anxious.”

According to a 2018 report by the Public Health Agency of Canada, an estimated one in every 66 Canadian children and youth aged five to 17 has ASD.

And in spite of its prevalence, ASD may still fall through the cracks when it comes to hosts planning out their holiday parties. Here are some ways to make sure those holiday get-togethers are more inclusive.

Communicate your needs to the host

“I think one solution is just to get in contact with the host and let them know what some of your concerns are,” Dr. Jessica Brian, clinician-investigator and co-lead of the Autism Research Centre at Holland Bloorview Kids Rehabilitation Hospital, told HuffPost Canada.

“Will there be music? Will there be other kids? How formal will it be? These are all questions to ask that might allow a child to know what to expect.”

Those concerns will, of course, vary depending on the kid, but some proactive measures usually work across the board.

“Setting up a quiet space, for example, where kids can get away from sensory inputs that might be stressful for them — that can go a long way,” Brian said. Smells, loud music and unfamiliar people can be huge stressors for people with ASD, and offering a room where they can get their bearings might do the trick.

“It’s just about meeting kids where they’re at, and appreciating that an adjustment could just be about doing things a little bit differently,” Alifa said.

“It’s nice, too, if the host is the one who touches base to see if there’s anything they should know, or that they can consider beforehand.”

“I think being aware that these parties might cause a bit of anxiety, and then getting ahead of it helps to make things easier,” Brian said. “And one strategy many parents find success with is using a visual schedule.”

A “visual schedule” is a tool that gives kids basic information about what comes next: what’s happening, the order in which those events will take place, and/or when it’s time to stop a certain activity.

“That might look different for different kids,” Brian noted. “But it’s essentially going through what the plan is, like, ‘We’re going to put on our clothes, get in the car, go to so-and-so’s house, et cetera.’”

Planning out what’s to come is helpful in curtailing some of the anxiety that might result from a deviation in routine. Historically, it has worked for Alifa, who says she sometimes maps out the schedule in the form of a story.

“I’ve found it helps to let him know that we’re going to see family, and to alert him about who is going to be there and what’s going to happen. That way, he can manage his expectations,” she said.

“Sometimes, I’ll even have his cousins call and be excited to see him, so he knows what it’s going to be like ahead of time.”

It’s always a possibility that things will get a little bit too much. Not all bases can be covered at all times, and in the event that something goes wrong, Brian says it’s good to have a go-to plan.

“In some cases, a child who might have been coping just fine without too much support might need more help during the holidays,” she said. “And that can sometimes be achieved by reintroducing supports that were helpful before.”

Those supports, Brian says, depend on the individual. “Maybe it’s about taking a walk around the block, or just going for a drive,” she explained. “Parents usually know what will work best.”

For Junayd, it’s about giving him familiar things that will make him feel more comfortable and at ease. “He might need to carry his headphones with him to block out the noise,” Alifa said. “Or maybe he’ll carry something specific that’s calming to him, like an iPad or a plushy.” 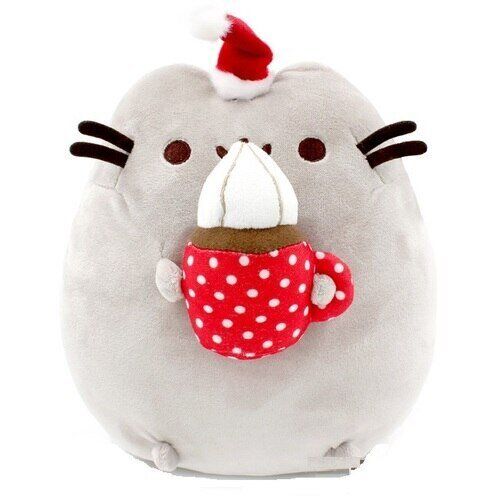 Manage your own expectations

No matter how much work goes into preparation and establishing an accessible environment, Alifa says it’s always possible for things to go wrong.

“Just because the year before was fine doesn’t mean this year will go the same way,” she explained. ASD is complex and experiences might vary depending on the situation, and so it’s important for parents to mitigate their own expectations about how the holidays will go.

Similarly, Alifa said, other guests should also be aware that interactions might not go as they expect.

Ways To Make Halloween Inclusive For Kids Of All Abilities

Infants Should Be Tested For Autism If Older Siblings Have It: Study