TORONTO — Ontario has failed to consider how chopping down parts of one of the world’s largest old-growth pine forests will impact climate change, environmental groups allege in a lawsuit filed against the Doug Ford government earlier this month.

Friends of Temagami Forest and Earthroots Coalition say in their application that the Ministry of the Environment’s 10-year management plan for Temagami forest, located 400 kilometres north of Toronto, does not detail how much carbon will be released when up to 341,000 cubic metres of trees are harvested a year — enough to fill about 136 Olympic-sized swimming pools.

Temagami’s trees, soil and wetlands store significant amounts of carbon, according to Ecojustice lawyers who represent the applicants. Temagami is about 500 years old and represents 50 per cent of the world’s remaining old-growth pine forests. When the towering trees are cut down, carbon is released back into the atmosphere. Even if saplings are planted afterwards, they don’t absorb as much carbon as the old growth.

Conducting a study on the climate impacts is “quite reasonable in this particular age,” said Miller.

“With the climate changing so radically and carbon emissions being so important, and our international commitments, and the fires in Australia and California and B.C., maybe it’s time we go back for a rethink.”

A few years back, the province said it was developing a way to determine forest carbon offsets, but that project was cancelled by the Ford government in early 2019, along with Ontario’s cap-and-trade program, Miller said.

Watch: Canada’s warming twice as fast as the rest of the world.

The applicants requested the province allow an independent environmental assessment, as required by law. The ministry declined later that year, according to the lawsuit. Now, Earthroots and Friends of Temagami are demanding the court order the province to comply.

Ministry of the Environment spokesperson Lindsay Davidson said the ministry is aware of the lawsuit and “closely reviewing” the notice of application.

“As the matter is now before the courts it would not be appropriate to comment further about the legislation,” Davidson said in an email.

Miller said the ministry likely doesn’t want to do an environmental assessment because it will delay the implementation of the Temagami plan, and require them to redo other forest plans.

HuffPost made numerous requests for data from the Ministry of Natural Resources about the amount of logging in Temagami over the past 10 years compared to the new forestry plan. We were directed to an incomplete list of annual reports for the years 2012-13 to 2017-18. The ministry did not respond to repeated requests for further comment.

Sifting through hundreds of pages of documents, we found one chart documenting harvest volumes from 2009 to 2017, which totalled nearly 850,000 m³, 33 per cent of what the province had planned, highlighting another issue.

A Globe and Mail report from 2014 attributed the industry collapse to Canada’s reliance on exports to the U.S., American duties on Canadian softwood lumber, the Great Recession in 2008 and the falling demand for paper products as the Internet grew in popularity.

Despite this trend, the province has recently drafted a new sector-wide strategy that would double the amount of logging permitted in Ontario from 15 million m³ to 30 million m³ by expanding to “future markets without impacting the sustainability of our forests” and deregulating the industry.

There will be greater demand for lumber, tissue, packaging and wood panels in the years to come, the draft said.

Another problem is that the province is underestimating the impacts of clearcutting on its forests, said Wildlands League’s Trevor Hesselink. The 15 million m³ of trees logged over the past decade is already causing lasting damage to Ontario’s intact forests, biodiversity and wildlife such as boreal caribou, a species at risk.

In 2017 and 2018, Hesselink investigated 27 areas in the boreal forest clear-cut about 30 years ago, which were reportedly replanted or left to regrow naturally and which the province now considers forested. However, logging roads and landing areas (where logs are piled until they’re loaded on a truck), totalling 21,700 hectares or about 40,000 football fields, remain barren, according to a Wildlands report.

The soil has been so compacted, or there’s still piles of discarded wood, that it’s close to impossible for the trees to grow back, Hesselink said. Strikingly, this amount of deforested land is seven times greater than that reported by the forestry industry for all of Canada, and despite Canada maintaining it has a deforestation rate close to zero.

“I see Ontario basing its deregulation and an increased harvest on its supposed experience over the last 30 years is erroneous and [flies] in the face of the evidence we’ve seen,” Hesselink said.

“These [forestry] companies and especially the province doesn’t really know what’s going on in the forest.” 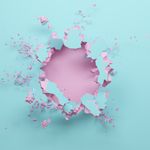