TORONTO — Netflix is setting up a dedicated production hub in Toronto, which film and TV creators hope will provide new opportunities for local talent.

The California-based streaming giant announced Tuesday it is expanding its presence in Canada by leasing two studio spaces along the downtown industrial waterfront area.

Netflix said the commitment will provide jobs for up to 1,850 Canadians per year, and that the leases are "multi-year" but didn't specify for exactly how long.

"This is great news for the Toronto and the Ontario community, because it's an endorsement of the high quality of the work that comes out of our industry," said Jim Mirkopoulos, vice-president of Cinespace.

"Netflix has made a commitment to the film and television industry here that they're going to continue to do stuff and by making this announcement, they're standing by that," added Nanci MacLean, president of Pinewood Toronto Studios.

Cinespace said its sound stages leased by Netflix are under construction and set to be operational this summer.

Pinewood said Netflix will move a production onto one of its sound stages in the next couple of weeks. The four sound stages being leased are separate from Pinewood Toronto Studios' previously announced planned expansion.

Projects already set to be made at the hub include the horror anthology series "Guillermo del Toro Presents Ten After Midnight" and the film "Let It Snow."

Its co-productions with Canadian partners have included "Anne with an E" and "Alias Grace" with CBC, "Travelers" with Showcase, and "Frontier" with Discovery Canada.

Speculation of a Toronto hub started swirling last month when Mayor John Tory, who has been making annual trips to Los Angeles to lure film and TV projects to the city, told The Canadian Press he had "a very high level of confidence" that Netflix would open one up.

"In television right now, they're always going to be my first stop, frankly," said Toronto producer J. Miles Dale, who is developing "Ten After Midnight" with del Toro, with whom he won an Oscar last year for "The Shape of Water." Dale is also developing his own Netflix series, "44 Chapters About Men," which he hopes will be at the hub.

Netflix is giving a similar freedom to filmmakers, said Dean DeBlois, the Aylmer, Que.-raised director of "How to Train Your Dragon: The Hidden World," out Friday.

"It's the wild west of filmmaking within their particular format and I have several friends who have gone to Netflix with original projects and they're just having the best time of their careers," said DeBlois.

"They're willing to take a chance on a completely original project and not just resurrect something that's been done before."

The move may make production easier for Canadian creators

"For filmmakers, that might be the best option for your project to get it going, as opposed to going to all of these different sources to get it made," he said.

Vancouver-based producer and filmmaker David Paperny is looking forward to the possibility of conducting business within Canada.

"They could have their ear closer to the ground of the vast Canadian talent source out here," said Paperny.

But some worry the hub will take up precious studio space that producers are clamouring for in Toronto.

Netflix has also faced heavy criticism from Canadian broadcasters and other industry players for not being on a level playing field when it comes to regulation in Canada.

Because it's a foreign digital company, Netflix isn't required to collect or remit federal or provincial sales tax.

So far Netflix also hasn't fallen under federal regulations that require the country's broadcasting companies to pay into the Canada Media Fund for the creation of homegrown programming.

Netflix has argued it shouldn't be forced to pay into such funds, pointing to the money it's already putting into the system by creating shows here.

In Sept. 2017, the company pledged to spend $500 million over five years to fund original content made in Canada, a number it recently said it will exceed.

"I'm all for (a hub), bring it on. I just care about Canada's voice and Canadian content," said Virginia Thompson, co-executive producer of "Corner Gas" and co-founder of Verite Films.

"If there are more jobs for people in the city, great. And if it increases the chance of people here making (stuff), then terrific," added Toronto-based actor/filmmaker Jay Baruchel, star of "How to Train Your Dragon: The Hidden World."

"When a big corporation comes to town, it could be awesome, but it's not guaranteed to be so.... Whatever puts resources in the hands of talented Canadian artists, I'm all for it." 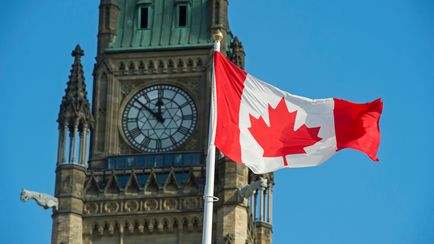