We've heard of cleaning with weird products like beer, mustard and even flour, but when we learned that Play-doh was originally wallpaper cleaner, we were surprised to say the least.

Yup, according to Today I Found Out, this kids staple has a rather interesting history. Cleo and Noah McVicker, owners of Kutol, a Cincinnati-based soap company developed the product -- completely by accident. Kroger grocery stores had asked them for a wallpaper cleaner in 1933 to help people remove soot from the walls, a common issue of the period caused by burning coal to heat homes. Noah developed a putty for this purpose, made mostly from flour, water and salt, which is a similar formula for what we now know as Play-Doh. The dough can be rolled across the soiled wall to lift up grime. (For antique or delicate papers, this technique is still used today!) 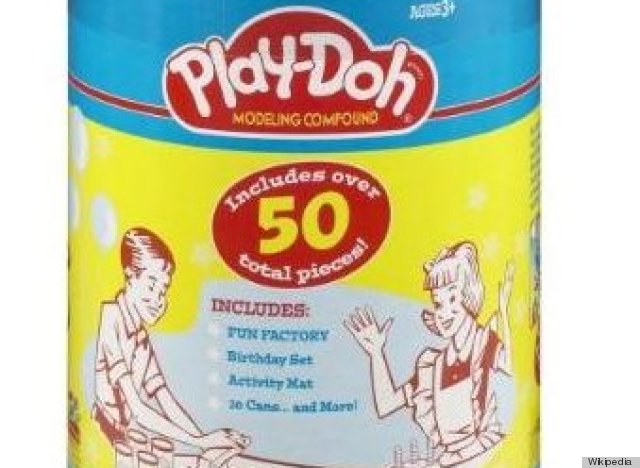 When vinyl wallpaper was introduced after WWII, which is easier to clean with just soap and water, the McKiver's product became less popular. That is until 1954, when family member Kay Zufallheard discovered that the wallpaper cleaner could be used as modeling clay for kids after they removed detergents and added a pleasant scent and food coloring. Whoa!

That's not the only weird use product discovered by accident. Watch the video below for other surprising discoveries.

Do you have a home story idea or tip? Email us at homesubmissions@huffingtonpost.com. (PR pitches sent to this address will be ignored.)

How Do Canadian And U.S. Cities Stack Up On Length Of Lockdowns?

'Maddening': Faster Ontario Vaccine Rollout May Have Saved These Lives