Hey, remember when you were pregnant and swore up and down that your child would never eat refined sugar, and would instead prefer to dine on fresh fruit and organic yogurt while also eschewing screens in favour of outdoor play?

And I did pretty well for the first year or so ...

But then, things took a turn.

Today, my son is three years old, and absolutely obsessed with treats. My dreams of organic fruit and yogurt have been replaced by dreams of limiting him to just one double-fudge brownie at a time. I am not proud to admit I have been known to let him eat cookies for breakfast just to quell his screaming (Today, that happened today).

Attempts to hide any goodies from him have been futile: he’s like a truffle pig for sugar, sniffing it out no matter where I stash it (I currently have a Toblerone bar hidden in the crock pot and I know it’s just a matter of time).

I already feel terrible about the health implications of all the sugar he consumes, but it’s the behavioural issues that have pushed me over the edge (ie. complete meltdowns when he doesn’t get the treat he wants, in the quantity he wants).

Click this slideshow for more tips for feeding kids. Story continues below. 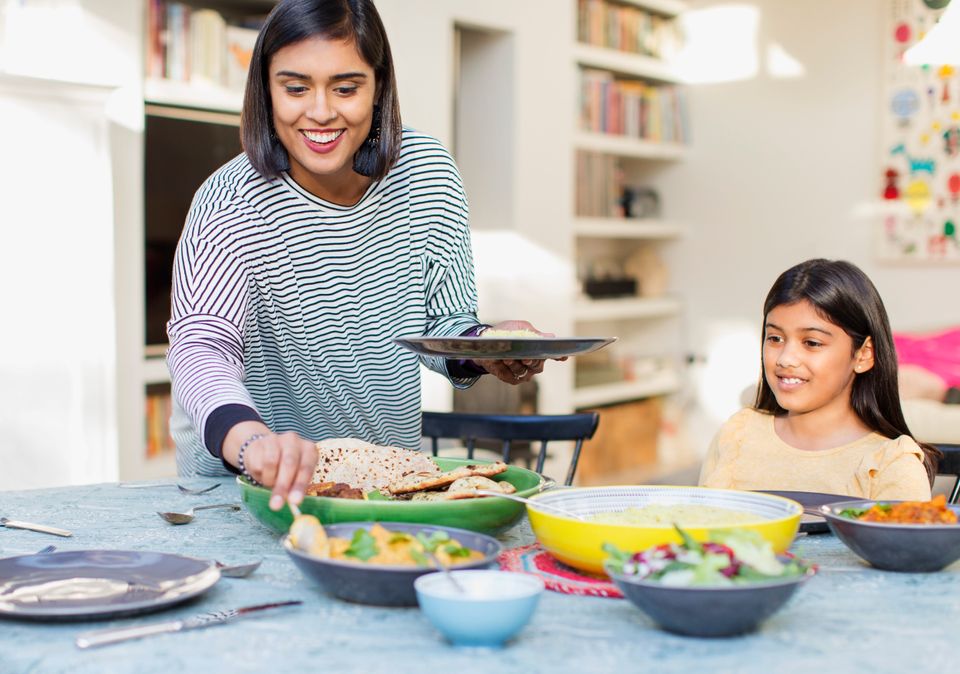 It’s time to rein things in. But how?

This is a struggle faced by all parents, Calgary dietitian Jennifer House told HuffPost Canada in an email interview.

“We have all been there. Many, many times,” she said.

“Kids are designed to like sugar because it equals an easy source of energy (carbs) that can be used by the body. Breastmilk, baby’s first food is quite sweet!”

We asked House for tips on getting a handle on sugar, and here’s what she had to say:

1. You don’t need to cut it out entirely

Sweets are an issue if your kid is filling up on them instead of other foods, House said. But a total restriction could lead to cravings, hoarding, and binges down the road.

And while parents may think sugar causes bad or hyper behaviour, research has shown this is just a myth (although certain food dyes that can be found in some sugary foods have been linked to hyperactivity).

“It’s more likely the excitement of the situation (like a party) that causes crazy behaviour,” House said.

The goal should be to neutralize all food so there’s no “good” food or “bad” food, House said. We tend to equate treats with “bad” food, but that can backfire.

She suggests following renowned expert Ellyn Satter’s “Division of Responsibility” when it comes to feeding kids, which essentially boils down to taking ownership of the what, when, and where of feeding, and letting kids decide how much of and whether to eat what you provide.

To take the “specialness” out of sweets, House recommends following this tip from Satter: once or twice a week, offer unlimited sweets at a sit-down snack time. Perhaps this could look like a plate of cookies alongside a glass of milk and piece of fruit. Don’t limit their intake.

“Once sweets aren’t so special, most kids treat them like other foods. Lots of kiddos will leave half a bowl of ice cream just because they’re full,” House said.

At meals, try serving dessert with the meal, instead of as a reward.

3. Keep sweets out of sight, but don’t do a purge

About 90 per cent of a young kid’s diet should be “food group” foods (like protein, fruits and vegetables), House said.

It’s a good idea to keep sugary foods out of sight so it’s not the first thing your kid sees when they open the fridge, but don’t totally clear the sweets out of the house.

“Otherwise, you’ll have the child that goes wild on sweets as they get older and more access. You can generally tell the kid at the bday party that isn’t allowed to have sugar at home!”

Danger alert! Your kid is having a complete meltdown because he wants cookies for breakfast (again, my kid. We’re talking about my kid). What should you do?

Be firm, but offer an alternative option, House said. Let your kid know you’re all having toast and banana for breakfast, but they can have cookies for a snack later.

“Instead of saying ‘no,’ you’re saying yes but with limits. They may accept this more easily,” House said.

“Organic” candy is no healthier than regular candy, House explained. And keep in mind some treats do have a nutritional component, such as the calcium in ice cream or the fruit in pie.

There are a number of great recipes you can try if you’re ready to get creative in the kitchen, though, House said.

Here are a few that look pretty yummy:

Enjoy That Sugar Rush: Eating The Occasional Treat Is Good For You

15 Meals To Feed Your Family When You’re Absolutely Exhausted