I encountered the following anecdote in one of the medical journals I read to stay up on the latest medical science; a 40-year-old man began monitoring his sleeping patterns after his girlfriend gave him an activity tracker as a gift. Soon, he was obsessed. According to the tracker, his average sleep duration was seven hours and 45 minutes; a decent length, but the final three hours saw him tossing and turning, leaving him tired and irritable during the day.

When he sought treatment, the man was diagnosed with a new condition, one created only in 2017. Identified by Chicago researchers, it's called orthosomnia: the state of being so preoccupied with the sleep data from your activity tracker that it's harming your ability to rest.

Technology like activity trackers and the health apps on our phones were supposed to improve our lives. But lately, it seems, we're growing aware that such devices can also cause new problems of their own.

According to data published in the Journal of the American Medical Association, approximately 90 per cent of the general North American population owns cellphones and uses the internet. The proportion of seniors who use such technology is a lot lower: 76 per cent used cellphones, and 64 per cent used computers. But in my experience, the seniors who do employ technology manage it much better.

Here's the difference: the older patients tend to use technology; many of my comparatively youthful patients are allowing technology to use them.

Take my recent exchange with an 85-year-old retiree. "Phil" is in excellent health for his age. He's got a cardiac arrhythmia, and also is a prostate cancer survivor. He's also one of the most tech-literate people I know in terms of using technology to track his health data.

Phil was one of the first people I ever saw wearing a FitBit. These days, when he comes in he shows me the data from his Apple Watch, and with a single glance at his activity levels and the amount he's been sleeping I have a better sense of his overall wellness.

What's key, though, is that Phil doesn't use his phone for much else. Not social media, nor video games. The result is a much healthier relationship with his digital devices.

Here, then, are some suggestions drawn from the technology habits of my older patients to help you exert better control over your screens and devices.

Give technology a bedtime

Studies show that impulse control decreases with fatigue, which makes you less able to limit your web-surfing or social media clicking later at night. To combat that, and spend your time conducting more productive pursuits, such as reading a book or catching up on sleep, set a time each evening after which you'll resolve to avoid using technology.

Nine p.m. is good; eight p.m. is even better. If a tech-related task occurs to you — a work email you forgot to write, a set of theatre tickets you need to buy — resist the pull of the tablet and scrawl the task on a pad to remind you the next morning, when you've replenished your store of self control.

Sometimes, leave the tech at home

Let's say you and your spouse are taking the dog to the local ravine trail for a good, long walk. You don't need a phone to make that trip. Rather, leave the technology behind and head out for a break among nature.

The time outside will interrupt the feedback loops perpetuated by the constant social media feed and email checking. Concentrate on the conversation and take in new things about the setting around you, such as a tree toppled in a recent wind storm, or some wildflowers you never noticed before. The result? Some much-needed stress relief.

Waiting in line for a coffee, or at the bank, or just during those wayward seconds on the elevator, we're all in the habit of pulling out the phone to see what's happening, to be entertained by the latest viral video or diverted by a fresh media scandal. Resist that impulse.

Instead of pulling out your phone, use that time to pay attention to your thoughts, concentrating on breathing, the near future or the recent past. Such moments decouple the mind from the stressed feedback loop of technology, allowing you to process events and prepare for what's to come.

The point with these techniques is to set limits on the extent your existence is mediated by technology. Rather than constantly craving that little dopamine hit that comes with a "like," a new email or a good bout of Bejeweled, ensure that you're setting time aside to get away from screen-mediated existence, when you can.

Have you been affected personally by this or another issue? Share your story on HuffPost Canada blogs. We feature the best of Canadian opinion and perspectives. Find out how to contribute here.

Dr. James Aw is the chief medical officer at Medcan, a wellness clinic in downtown Toronto. 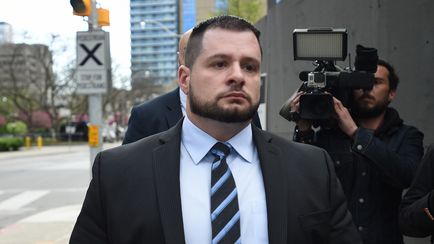