WINNIPEG — It was quiet on the summer day when Cora Morgan and her cousin stood on the waterfront and performed a smudging ceremony for a young Indigenous girl pulled out of the Red River in Winnipeg not long before.

The girl’s tiny body, wrapped in a duvet cover and weighed down by rocks, was discovered Aug. 17, 2014, and it shook the city and the country.

Her death renewed calls for a national inquiry into missing and murdered Indigenous women and inspired volunteer groups such as the Bear Clan Patrol to work at protecting vulnerable people on the streets.

It also pushed the Assembly of Manitoba Chiefs to create the First Nations Family Advocate Office that Morgan heads.

Five years later, Morgan says she fears another Tina will be found.

“Nothing has changed,” she sighs. “The issues have only grown to be worse.”

Tina was born on New Year’s Day in 1999, when her mother was still a child in government care. Both Tina’s parents struggled with addictions.

She was five when she moved in with a great-aunt from the Sagkeeng First Nation.

Tina began to struggle after her father was murdered in 2011. In the final weeks of her life, she went to Winnipeg to reconnect with her mother but spiralled into a world of addiction, homelessness and sexual exploitation.

She had contact with a hospital, police and social workers. The night before she was last reported missing, Tina was dropped off with a contracted care worker at a downtown hotel but walked away.

It later came to light that Tina had disclosed to a child-welfare agency that she was hanging out with a 62-year-old, meth-using man and may have been sexually assaulted. Raymond Cormier was acquitted in Tina’s death last year.

Morgan says the many gaps that Tina fell through have widened.

There are more than 10,000 children in government care in Manitoba, the highest per-capita rate in Canada. About 90 per cent are Indigenous.

The province also has some of the highest child-poverty rates, Morgan says, and the number of people reported missing continues to grow each year. She’s also worried a new “block funding” arrangement between child-welfare agencies and the provincial government resulted in cuts to services.

“You have a lot of young people that are suffering.”

Concerns over meth use

Families Minister Heather Stefanson says the province has been working to improve the supports that failed Tina, particularly Child and Family Services (CFS).

“We’ve made some progress, but recognize there’s still more to do in collaboration with the CFS authorities,” Stefanson said in an emailed statement.

Daphne Penrose, Manitoba’s advocate for children and youth, released a report in March into Tina’s death. She found the teen’s struggles didn’t exist in a vacuum and made five recommendations touching on justice, education, mental health and child welfare.

A government working group is tracking progress on the recommendations.

Stephanson’s department said in an email that there have been investments in addictions, mental-health services and sexual exploitation responses for vulnerable youth and adults. A poverty reduction strategy was announced in March and work continues to build and enhance safety nets where kids need them most.

Penrose says there haven’t been enough improvements to ensure no other child meets Tina’s fate. Penrose is especially concerned by a rapid increase in the number of children and youth addicted to drugs, specifically methamphetamine.

“We see them walk in the office all the time,” she says.

How are we going to make sure that kids get their rights?Daphne Penrose, Manitoba’s advocate for children and youth

Winnipeg’s police chief has said there’s a meth crisis in the city and has called for more safe shelters and detox units. The Bear Clan Patrol has picked up more than 60,000 needles so far this year, a stark increase from 40,000 in all of 2018.

The Addictions Foundation of Manitoba says meth use has increased by more than 100 per cent in adults and nearly 50 per cent in youth since 2014.

The foundation is adapting to the needs of children, Penrose says, but more needs to be more done to help people where they are and when they ask for it.

The resilient spirit and community responses to Tina’s death amid a growing addiction crisis has been inspiring, Penrose adds. But it’s not just a problem for child-welfare agencies, police or First Nations — every single person must step in to help.

“How are we going to make sure that kids get their rights?” she asks. 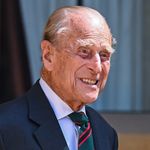