KELOWNA, B.C. — A B.C. nursing student alleges she suffered physical and emotional injuries at the hands of an RCMP officer after her boyfriend called emergency services to request a health check.

Mona Wang alleges Cpl. Lacey Browning’s conduct was “abusive and repetitive in the extreme” after the officer found Wang lying in a state of semi-consciousness on the floor of her apartment on Jan. 20.

Wang, who studies at the University of British Columbia’s Okanagan campus in Kelowna, claims she suffered cuts, bruising and a swollen eye as a result of the alleged assault.

She says Browning did not attempt to assess whether Wang needed medical assistance.

In a statement of defence filed with the court on June 15, Browning, the Attorney General of Canada, and British Columbia’s minister of public safety and solicitor general deny any wrongdoing. All three are named as defendants in the lawsuit.

None of the allegations have been proven in court.

Wang’s claim asserts Browning was acting as a Crown employee and owed Wang a duty of care to ensure she received medical assistance, and that Browning’s conduct would not harm Wang.

The statement of defence says the officer found Wang lying on the floor with a box cutter knife in her hand and empty bottles of acetaminophen, melatonin and wine nearby.

It alleges the student began yelling and swinging her arms at Browning, who proceeded to strike Wang with an open palm in order to subdue and arrest her under the Mental Health Act.

The defendants assert Browning used no more force than was reasonable and necessary.

Wang claims the officer punched her in the face while dragging her out of her suite to an elevator before waiting in the downstairs lobby of the apartment building until more officers arrived.

She claims Browning shouted at her to “stop being dramatic,” failed to inform her why she was being detained and misled medical professionals at the Kelowna General Hospital.

The student says Browning allegedly told hospital staff that Wang was high on methamphetamine, though a toxicology report showed she had no illegal drugs or alcohol in her system at the time.

Surveillance video that surfaced as part of the lawsuit shows a female RCMP officer dragging a woman face-first down a carpeted hallway and stepping on her head while waiting in a lobby.

RCMP spokeswoman Sgt. Janelle Shoihet would not release the identity of the officer in the video, but she says the Mountie is on administrative duties.

In an email, Shoihet says an internal code of conduct and criminal investigation is underway, and the Mounties will ask an outside police department to review the findings.

The office of the minister of public safety and solicitor general said in an email it could not speak to any legal action that is before the courts.

This report by The Canadian Press was first published June 23, 2020. 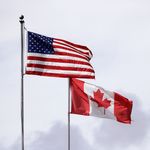