For those old enough to remember, the Conservative party of 2016 has a familiar look -- almost as though it has discovered a portal back to the way things were 15 or so years ago.

Rather than engaging in a robust post-election rebuilding process and seeking to broaden its base, the Conservative party has decided to retreat into their comfort zone of regional grievance politics.

Under the leadership of Rona Ambrose, the Conservatives appear to be abandoning any attempt to repair the national coalition that swept them to power in 2006. Indeed, today they look more like the Canadian Alliance of the early 2000s than the governing Conservatives of the last 10 years.

Ambrose's rhetoric appeals to those impacted the most by the current state of Canada's energy sector.

On the face of it, this is an understandable tactic. Alberta's economy and the energy sector in Canada are contracting. The Conservative caucus is largely dominated by Albertan MPs, with constituents facing very grim economic news. There is no question that all MPs, particularly ones from that region, are under a great deal of pressure to do something.

Furthermore, there are likely more than a few MPs on the Conservative side who are still wary of the fact that Justin Trudeau's Liberals were able to breach the walls of Conservative Fortress Alberta in the last general election. Not to mention the NDP victory in the provincial election last year.

Something needs to be done.

Rather than help Alberta's economy, Ambrose's rhetoric decreases the likelihood of projects receiving the broad popular support required to proceed.

Industry believes that the fastest way to approve large-scale pipelines is to tone down the rhetoric and let the experts do their jobs. Even Stephen Harper's government understood this simple reality.

The wording of the opposition day motion is a major departure from the previous government's policy on the matter.

Some will recall that the Harper Government refused to officially endorse the Northern Gateway Pipeline project until the National Energy Board's Joint Review Panel had a chance to finish its review. Anxious to shore up support for its western base, the new Conservative party is asking the government to endorse a project before the experts have had a chance to review it.

The use of pipelines as a wedge issue poisons the discussion about Canada's energy sector. Rather than help Alberta's economy, Ambrose's rhetoric decreases the likelihood of projects receiving the broad popular support required to proceed.

In contrast, the Liberals are offering a more appealing way forward for industry by attempting to de-politicize the process. A regulatory process that depends less on politics and more on evidence will strengthen the public's and industry's confidence in the regulatory framework.

Perhaps Ambrose has made an honest mistake. People whose livelihoods are tied to this industry are concerned. This tactic could be an attempt to address their fears and worries. A cynical person might say that this was all about fundraising. That this was an attempt to get Conservative supporters in the region to open their wallets for the party cause. Or maybe it was part of a strategy to prevent the Liberal government from succeeding in building a large-scale pipeline project that meets high environmental standards -- something their government failed to do during the 10 years they were in power.

Regardless of motive, this is the wrong call. Not only does this threaten the economic rebound of the industry and the region, but also it threatens the long-term viability of the Conservative movement. National coalitions aren't built in one region of the country.

Greg MacNeil is Vice President of Ensight. In the past, he has worked for the Liberal Party on Parliament Hill and at Queen's Park. Ensight represents a number of clients in Canada's energy sector. 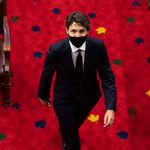