And then there was one.

With the defeat of the NDP government of Nova Scotia Premier Darrell Dexter on Tuesday, the number of provinces ruled by Canada's New Democrats now consists entirely of lonely Manitoba.

That's bad news unto itself, but the story gets even worse when you consider just how bad the NS Dippers lost. In 2009, Mr. Dexter was elected to a majority government with 31 of the provincial legislature's 52 seats; on Tuesday he plummeted to third place with a pitiful seven.

As many wags cruelly noted, it was the first time in 131 years any incumbent Nova Scotian premier had not been given a second term. But if the outcome was unprecedented it was hardly surprising -- in the lead up to Election Day, Dexter's public support hovered in the mid-teens, a fact that made his landslide defeat undeniable even when correcting for the notorious unreliability of Canadian election polling.

A similar story is unfolding elsewhere across the country, at least according to the good people at Angus Reid. That lone NDPer running Manitoba is monstrously unpopular, with an approval rating only marginally better than Premier Dexter's (26 per cent), while in British Columbia and Saskatchewan -- the two provinces where the NDP forms the official opposition -- both New Democrat leaders badly trail the incumbent premiers.

Everywhere else, the NDP sits a distant third, including the federal polls. A Forum Research survey released last month found only 21 per cent of Canadians were "decided or leaning" towards voting New Democrat in the next national election, while a recent Nanos poll saw Thomas Mulcair earn the lowest public rankings for "vision" and "trust" among Canada's big three party leaders.

Why are the NDP's numbers so perennially poor? Well, the troubled reign of Premier Dexter may provide some insights.

Like most Canadian elections, Nova Scotia's 39th general was fought primarily over economic issues. It's a fight the NDP is consistently unable to win, and Dexter's record certainly didn't make the battle any easier.

During his four years in office, the Premier's approach to repairing his province's recession-ravaged economy consisted mostly of pouring enormous bushels of taxpayer cash into the already well-stocked pockets of big business, including a $300 million handout for the Irving Corporation -- one of the most infamous icons of Maritime plutocracy. As a make-work initiative, it fizzled; Nova Scotians actually lost jobs by the thousands under the NDP, while a two percent hike in the HST further tightened the squeeze on a people who, by some metrics, are already the country's most-over taxed.

Millions of dollars in new spending, meanwhile, produced four back-to-back budget deficits (some of which ended up being larger than publicly reported due to sloppy accounting) while net debt reached a record high. Pro-union reforms to the Nova Scotia labor code were blamed for scaring off private sector investment at a time when the province could have desperately used some.

Was it a uniquely ghastly first-term performance from a party that had never previously been trusted with power? Perhaps not. It's certainly easy to argue economic mismanagement of the Dexter variety is a disease that plagues administrations of all partisan stripes in this country (though when your opponents start throwing around the slur "worst performing economy in Canada" you've probably crossed a threshold), and it's not like the NDP invented tax hikes or deficits.

Yet the unfair reality remains that by virtue of their party's radical anti-capitalist past and confused kinda-socialist-kinda-not present, New Democrats automatically carry the heavy burden of being persistently least-trusted by the general public to run a modern, free-market economy. Which makes the need to scrape up a stereotype-defying, fiscally impressive counter-example NDP government, somewhere, anywhere, all the more crucial.

NDP governments are forced to stick social workers and union bureaucrats in charge of their finance ministries, while other parties hire economists and retired CEOs. It doesn't go without saying that the latter are always the better choice, of course, but when the NDP's already guilty-until-proven-innocent on fiscal matters, the symbolism of having no friends in high (or even low) finance matters a lot.

Likewise, even when it isn't, NDP economic mismanagement in any province the party rules is always remembered as being far worse than the economic mismanagement suffered at the hands of Tories or Liberals or whoever because it fits into our preconceived notions of what to expect from a gang of bumbling socialist misfits.

The judgement is that much harsher because the audience is that much more skeptical. So long as elections across this country are primarily fought over pocketbook issues, a party with a reputation for economic illiteracy -- deserved or merely perceived --  is one with an almost insurmountable handicap.

When Thomas Mulcair campaigns for prime minister in 2015, he'll be pleading  for voters to place his party in charge of Ottawa's finances at a time when (assuming things unfold predictably in Manitoba) Canadians from coast to coast will have just finished saying they don't trust his party to manage the books in any provincial capital. That's not a great base of trust from which to build.

"Just look at our record in Nova Scotia" was never a particularly compelling pitch. But now they don't even have that. 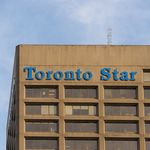