Recently, ex-Muslim atheists complained that their pages are increasingly being blocked on Facebook. They have created a petition here to ask Facebook to protect one of its most vulnerable communities.

This mob behaviour is not innocuous for it has led to the death of secular bloggers in Bangladesh and Maldives. A Christian governor in Indonesia was also recently sentenced to imprisonment for blasphemy.

While a tiny minority perpetrates these heinous acts, it is the narrative stoked by a sizable mass of Muslims that pushes those at the cusp to engage in the unthinkable. Even a scholar who rejects mob lynching and capital punishment leaves "room for lighter sentences."

This narrative affects not just atheists but also progressive believers with viewpoints disdained by the mob majority.

Consistency demands that those who defend Islam through identity politics and freedom of expression in secular countries actually support the same for others living under precarious conditions in Muslim countries.

However, many such defenders of Islam claim that secular bloggers should respect the law of the land. For them Muslim countries have the right to abide by their own laws without dictations by the West. One Muslim academic writes:

"Why must we judge our values by their standards? And what right do they really have to judge us."

Engaging in apologetics on hudud (Islamic punishments), another academic writes that such punishments in Saudi Arabia "are still very rare."

Once they are declared non-Muslim, their blood could technically be spilled through judicial process.

Bloggers who engage in satire and critique of religion are often targeted through blasphemy and apostasy charges. Once they are declared non-Muslim, their blood could technically be spilled through judicial process.

Such apostasy charges are promoted not only by reactionary young Muslims but also esteemed scholars of Islam. The following shows how differences of opinion can easily lead to apostasy and blasphemy charges.

"Anyone who identifies paradise with some place in Africa where Adam gradually evolved is guilty of the worst kind of heresy theologically speaking. Such people are not serious Muslims anymore."

The late Saudi scholar Bin Baz also declared that Muslims who claim that man descended from apes are heretics. Other scholars like al-Hawali hold similar opinions.

"I am not calling for the application of that law here, that is in a society where people have agreed to live by that law ... any Muslim who says I don't stand for this law, I don't believe in this law, then you have to question that person's Islam, is he really a Muslim, or is she really a Muslim."

Likewise, commenting on homosexuality, Muslim academic Yasir Qadhi writes that, "to stand up and justify it, or defend it, or write articles claiming that it is Islamic, without a doubt constitutes kufr (apostasy), and not merely sin."

Qadhi is not alone in this opinion. Many contemporary Muslim scholars can easily buttress this position from classical legal manuals.

3) Reproaching another for taking a concubine

"If a man has four free [wives] and a thousand concubines and wants to buy another [concubine] and a man reproaches him for that, it will be as if [the man] had committed unbelief."

The express Qur'anic text awards male offsprings twice the share in inheritance as women. There are many Muslim scholars who contextualize such texts based on the socio-economic milieu and therefore apportion equal shares especially when women bear equal financial responsibility in contemporary times.

"I would be unwilling to call for reform in, say, the Islamic laws of inheritance, since these have been explicitly laid out in the Sacred Texts. If some people consider rejecting the explicit texts of the Quran to be 'Islamic feminism', then I view it as being a manifestation of kufr (apostasy), and you count me an ardent opponent of any such endeavor."

Mufti Taqi Usmani, one of the most influential clerics in the Indian subcontinent, writes on the permissibility of slavery in Islam as follows.

"Thus, the clear manifest truth is that taking slaves is permissible in Islam, with its laws and its limits which have preceded, and nothing has abrogated it, and there are wisdoms in this which we have explained, and the opinion of its abrogation is rejected and is against consensus ..."

While he does not explicitly call for apostasy charges, rejecting consensus potentially invites such charges.

Apologists go at great length to defend classical Islamic positions. The same concern, however, is muted when real people suffer under apostasy and blasphemy charges. In some sense, they are tacitly complicit in the oppression of free thinkers.

There is no level playing field between Muslim apologists and secular bloggers.

Atheists in general are a brave lot for they do not console themselves on the injustices and suffering in this life with a Hereafter.

"In my view, if there are individuals who do good to other people ... without any expectation, ... even if they know that no benefit will accrue to them and not even a single person will come to know of what they did or say so much as 'God bless you' to them ... love of good and justice and doing good because it is good and just and worthy, ... it is not far-fetched that such people actually will not be resurrected among the unbelievers, though by their tongues they are considered deniers."

There is no compulsion in religion. But can Muslim apologists overcome their perceived victimhood to support vulnerable bloggers? 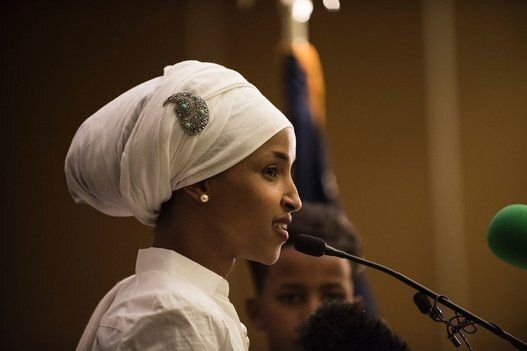