This week, I had a drink with a very good friend. After a little conversation about this and that, we started on a very interesting subject. It was regarding an upcoming event and I could see it was weighing heavily on his mind. I listened to him because that's exactly what he needed.

He's currently in a relationship with a wonderful woman and it's getting quite serious. In the coming week, they'll be attending a special gathering of her family. Her parents will be present, as well as her adult children with their spouses and children. Friends and other members of the family will also be there, including her ex-husband, who is the father of her children. He also happens to be the man who raped and brutally sodomized her for the last four years of their nine-year marriage.

Her ex always had a sterling public face. Everyone loved him, thinking he was a terrific guy and a superb family man. No one could have ever imagined what he did behind closed doors. He hid his evil side in those days quite well.

He was the perfect packaging of evil. A handsome and clean cut young man who regularly abused his wife, callously ignoring her cries of pain. Not even her pleas to stop or the sight of her blood were enough to deter him. On the contrary, it only seemed to drive him further to satisfy his perverted sexual appetite. And even after days of her not being able to go to the bathroom without pain, he would eventually return for more. She tried to survive for the sake of their then-small children.

After finally gaining enough strength to leave him, she found herself raped once more, for no one believed the story of her ordeal. No one in her family. Not one of her friends. No one.

Disbelief is a cruel after-effect of rape. It's also the trump card of the rapist. The burden is all too often placed on the victim, not the perpetrator. Those who are raped are asked what they did to provoke the incident, instead of discussing what the rapist actually did. The rapist knows exactly how to play the game. And when it's a spouse, he knows how to make the victim feel so worthless, guilty and low, that she'll avoid doing what is necessary.

Maybe it was a stupid question, but I asked him why she ever told him.

"That's a fair question and it's also easy to answer," he said with a pause, seemingly to gather his thoughts. I could see in his eyes his emotions were beginning to well up.

I sat on the edge of my seat as I waited for him to continue.

"Being in a relationship with a woman who's been abused can be difficult. Very difficult. Because there could be days when I could trigger a memory from the past. She told me quite early because she wanted me to understand what I was getting myself into before it went too far. Anything less would be like watching me walk into a knife without warning."

I continued to listen without saying a word. I'd become quite aware of my own feelings stirring inside.

Then, he added, "She just felt I had a right to make that decision for myself."

Not everyone would do this. After all, such a practice would probably cause more men to back off than get into a relationship with her. She was putting the feelings of others first.

So, my friend would soon be in the presence of this rapist for the very first time. He wondered...

Perhaps this pig would look in her direction, wearing an expression betraying his longing reminiscence of his past abuse. Should my friend ignore it or should he get up from his seat and slap the taste from the rapist's mouth?

What would you do?

Maybe he'd make veiled sexual references or jokes that would sound inappropriate to most listeners, but would be sort of a dog whistle for my friend and his lady. Should he just brush it off or give him an ass-chewing right on the spot?

What would you do?

Perhaps he'd brush his hand "accidentally" against her breasts or her backside. Should my friend just ignore it, or take him by the throat and strangle the life out of him?

As my friend described these possibilities, I felt perhaps he was worrying about things that would probably never happen. But, when he revealed to me that he was actually recounting tolerated real-life behaviour of this guy over the years, I was disgusted and blown away. After 30 years, this rapist appeared to be unchanged, as well as being unpunished. How many other women has he raped? It would be unrealistic to believe there had only been one. He should have been in prison years ago, but the passage of time probably makes that impossible. However, the fact that he's still accepted into the family is mind-blowing. If only they believed the lady of my friend, perhaps his other behaviour wouldn't be seen as something normal guys do, because it isn't. It's something sexual predators like him do.

So, if you were in my friend's situation, what would you do?

Silence is the rapist's greatest weapon. If you've been raped or know of someone who needs help, contact the Rape, Abuse and Incest National Network (RAINN). Their national rape hotline is 1-800-656-HOPE (4673) and their national domestic violence hotline is 1-800-799-SAFE (7233). A phone call can be the first step to reach out and get help. You can also visit their website at http://www.rainn.org/ 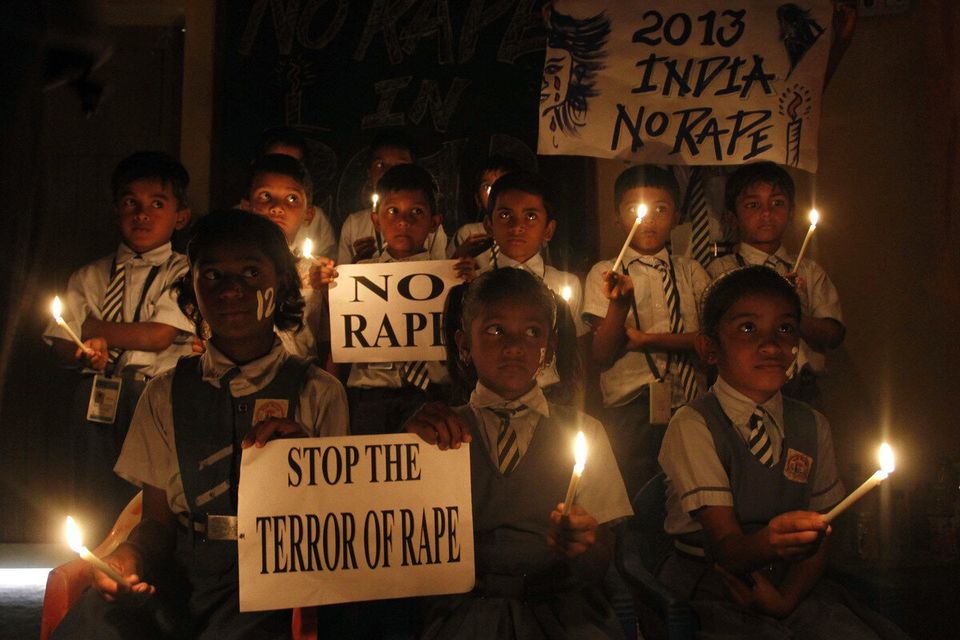