It's 2017 and extreme narcissists are among us. These toxic individuals are a real problem, as they're destructive and often dangerous. When an extreme narcissist holds a position of power, say, as the head of a corporation or a country, we're in a mess of trouble.

What makes someone an extreme narcissist? It's a combination of not having been loved enough as a child while also having had lenient, over-indulgent parents. The child is emotionally neglected and materially spoiled, so they grow up feeling both inadequate and overly entitled, insecure and grandiose.

They feel tremendously needy, but also deserving of special treatment. These traits can be bothersome in a friend and obnoxious in a classmate. They're lethal in a CEO or a president.

The extreme narcissist feels superior to other people. They lack empathy or remorse, which makes it easy for them to behave in selfish or hurtful ways. They're incapable of taking responsibility for their actions and blame everyone else for their mistakes. They feel entitled to greater privileges than other people and believe that they're above the law.

Interestingly, deep down, they feel incredibly inadequate. They require a tremendous amount of ego-stroking and constant assurances that they're admired, respected, even feared.

The extreme narcissist is at heart, a taker. There's an emptiness within them that they expect others to fill. They're supreme users, but it's never, ever enough. No amount of money, power, influence or sex will ever satisfy them. They're a bottomless pit of need and greed.

The extreme narcissist is self-obsessed and incapable of caring about other people. Everyone is an object to them, to use and then toss away. They exploit people, animals and the environment without shame or remorse. They see everyone and everything around them as an endless source of resources to consume and then discard.

The extreme narcissist lies without hesitation, fabricating huge whoppers with no regard to the consequences of what they're saying. They have no interest in the truth; only in saying whatever will serve their immediate needs.

Extreme narcissists are convincing liars because of their grandiose self-confidence. They believe their own hype so strongly that other people buy into their lies. This is extremely unfortunate when the lying narcissist is a CEO or a president.

The extreme narcissist feels entitled to sexually assault a woman and believes that they should have no consequences for this behaviour. They will lie, cheat, steal, bully and abuse others and think that they should get away with all of it because they're "special."

The extreme narcissist can't let in love or respond to demonstrations of compassion or empathy. No matter how much loving-kindness we show them, they won't appreciate it, value it or benefit from it. They trade only in money, power, prestige, sex and influence.

If we think that our love and empathy will inspire the extreme narcissist to be more empathetic or caring, themselves, we'll be wrong. This toxic narcissist just won't get it.

The extreme narcissist sees all human interactions as business transactions in which they attempt to gain what they need. If they feel it's strategic to repay the other person in some way, they will, but they're incapable of simply loving and being loved.

The extreme narcissist might say, "I love you," but what he really feels is pleased that you've been so useful to him. Maybe your attractiveness enables the narcissist to feel better about himself in social situations. Maybe he likes all the nice things you do for him. Maybe he benefits from your political connections. Maybe he enjoys your big salary or family money.

Don't forget, though, that none of this actually means that he loves you. He'll just as easily trade you in for a younger, cuter, richer or more well-connected model.

The extreme narcissist can be charismatic and charming, but none of it is sincere.

Extreme narcissists have "narcissistic rage." They can't tolerate being questioned, criticized or challenged. They're extremely thin-skinned and horribly vindictive. They'll stop at nothing to "punish" those who contradict them, call them out on their bad behaviour or point out their hypocrisy.

If someone has a normal, negative reaction to the extreme narcissist's hurtful behaviour, the narcissist will accuse this person of attacking them. Anyone who tries to set a limit with an extreme narcissist will be accused of being "selfish," "abusive," "unfair" or "crazy." In fact, these types of unreasonable responses are one sure-fire way to identify the toxic narcissists in our midst.

Whether we're having a conversation, watching a televised debate or reading a tweet, we can identify the extreme narcissists by how they respond to feedback. If they insult the other person and try to undermine their reputation or credibility, we know we're dealing with an extreme narcissist.

The extreme narcissist can be charismatic and charming, but none of it is sincere. They turn it on and off when they think it will help their cause. They're terrifically lazy and manipulative in the extreme, getting others to do their bidding so as to save them the effort of doing it themselves.

The extreme narcissist doesn't marry for love but for convenience. All of their relationships are utilitarian, and if they happen to find another narcissist, their marriage will be characterized by a total lack of emotional intimacy. You can tell that this is the case when you see the couple together and there's no warmth or genuine affection between them.

The extreme narcissist can be volatile. They're prone to losing their temper and acting rashly. If they're in a position of power, their impulsiveness can have wide-reaching and devastating repercussions.

The Red Queen in Lewis Carol's Alice in Wonderland, yelled, "Off with their heads," to anyone who displeased her. This was amusing in a story-book. It's far less amusing in real life. World wars can be started out from narcissistic rage and knee-jerk reactions.

In 2017, every citizen of the world needs to understand what an extreme narcissist is, and what they're capable of. We need to be aware and informed and listen with skepticism to the words coming out of their mouth so that we can best protect ourselves from their machinations and predation.

Knowledge is power. The extreme narcissist wants to convince us that they're our friend, our leader, our benefactor. In 2017, we must understand that they are none of these things and that we must proceed with extreme caution.

Sign up here for my free monthly newsletter. February is all about having more love in your life. 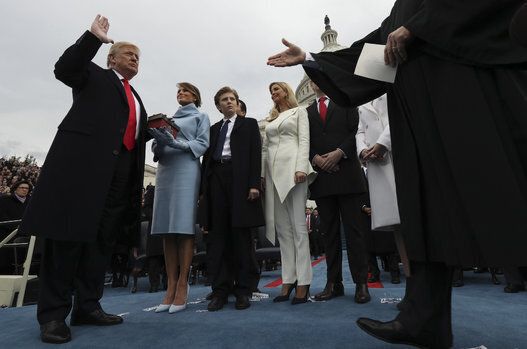