What did you have for breakfast this morning? Green smoothie? I did.

Six months ago, my morning concoction would have also included a pile of fruit and a bevy of different Peruvian and amazonian "super foods." But these days, I try to keep things simple, on the advice of yogi, therapist, and Ayurvedic teacher Matthew Remski. You see, Matthew is brilliant. Really. I met him during my yoga teacher certification with 889 Yoga, where he was on the faculty. Our group was blessed to sit with him weekly, and post-graduation I chose to see Mr. Remski for some weekly one-on-ones where he taught me a lot more about myself than I ever could have imagined.

One of the biggest takeaways I received from my time with Matthew was in regards to diet and how to pacify my overly dominant vata dosha. If you are at all familiar with ayurveda's three main bodily constitutions, you may know that vata relates to one's dryness, airiness, coolness, and changeability. Well wouldn't you know it, but my downing a thick and frothy bitter spinach smoothie every morning during the dark dreary days of January in Toronto, was doing zilch to help combat my personal imbalances. As hard as I fought it, Matthew was finally able to convince me to forgo thrice daily raw food meals, in favour of a more "grounding" menu made up of a few cooked grains, ghee, and even the odd egg. Yes, I traded in my fully raw vegan lifestyle, and instead devoted myself to healing from within, a mission I still embark on every day when I wake, and with every choice I make in the kitchen.

So it was interesting to me when just a short time ago, Matthew posted an article on his website where he spoke in depth about his distaste for the famous green smoothie, and what it may represent in the yoga community. I could not help but share his words, so that anyone that may not otherwise stumble upon them, may benefit. Here, a few excerpts for the article (and I urge you to head over to his site to read the piece in full):

My Manhattan hostess was totally yoga-rific. She was putting me up in her flat while I was in town for an Ayurveda thing. At 7 a.m. I was up and typing away on the couch, and she breezed out of her bedroom in an om-tank, bamboo harems and bunny slippers, hair pleasantly tousled by inversions. She headed straight for the kitchen.

I'm a smoothie girl. I love my greens. Wanna join me?

I'd love that. (But did I really have to exaggerate?) What do you put in it?

She rattled off a well-rehearsed list of about 20 ingredients that I suddenly felt I should be familiar with. I recognized kale and maca and pollen and frozen and watercress. And...did she really say algae? Irish moss? And what's udo's? I looked wistfully at my blinking cursor and felt sad and hungry, thinking of steel cut oats.

No I do not like it, Sam-I-am. I do not like green smoothie sham. In fact, I have a hard time believing that any of you folks in Yogaland like it, notwithstanding your itchy like fingers liking every picture of every smoothie in my news feed. Actually, it's not a matter of belief: it's empirically impossible that you like your forest-floor shakes, for they are predominantly bitter, and bitterness is the taste of grief and repentance. It can bring clarity and equanimity through a cup of gotu kola tea, maybe, on a pensive afternoon in the spring, but not in one-quart doses gulped down with crushed ice in February.

In Ayurveda, bitter is one of the asantosha (discontentment) trinity of tastes, along with pungent and astringent. Milarepa actually turned green drinking medieval smoothies made of nettles and dandelion greens. He was repenting for being a murdering sorcerer -- just like the modern consumerist yogi, I'll argue. Mercury, the bastard son of the roguish Moon who seduced Jupiter's wife Tara, atoned for his father's sins by wandering the earth eating nothing but green herbs for a thousand years. His growth was stunted and his hair fell out. He became impotent and founded monasteries for humans. It's funny that I first heard my friend's smoothie offer as a proposition, because bitter taste kills libido as quick as an SBD. Or maybe bitter taste atones for libido, or maybe for those women finding new juice through yoga practice, the greens smoothie at least tamps libido down a little when their male partners go slack with middle age and disappointment. Or redundancy. Or illness. I had one client who started her smoothie sadhana when her husband died. She said she wanted to lose weight, but I knew the weight would come off on its own. What she really wanted to lose was memory.

Kale on ice might be good for the hyperacidic A-type heading off to criminal court. Or - add some ginger and raw honey and green chili and have it warm-hot if you'd like to jack metabolism. But let's recognize time and place and season and need, people. For the most part, morning nutrition wants to feel simple and grounding. It's the kapha period of day for Pete's sake: a time to gather resources before a journey, new beginnings. Too briefly, we are children in the morning, and children have nothing to repent. If we need to clear some phlegm from the previous day's digestion, a little local fruit, stewed lightly if it's fall, maybe with some dry ginger, taking while sipping hot water -- this will do the trick. But that's just an hors d'oeuvre to the day, really. Vata and pitta-types will generally need some cooked grain or a grain-protein combination about an hour later, while the kapha-type can nosh on the lighter corn tortilla, for example, maybe with spicy pickle. Now we're talking.

Simplicity is key. Why 20 ingredients, anyways? The endless attempt to make the smoothie whole and one-with-Oneness meets the futile attempt to make it palatable. All I need now is to add some kava-kava and chunks of durian, and this'll be duh-licious!

Of course, I am still mostly raw, but have learned to sprinkle in a few well-timed cooked meals, and know how to use a well spiced chutney to alleviate some of the impact living foods can have on my digestive tract. I am excited to be taking myself and my biz south this fall, where I am certain my vata will well be served by the heat and humidity of sunny Costa Rica! Looking to book a vacation? Why not come retreat with me on the Pacific coast? Hacienda Del Sol has something for everyone! 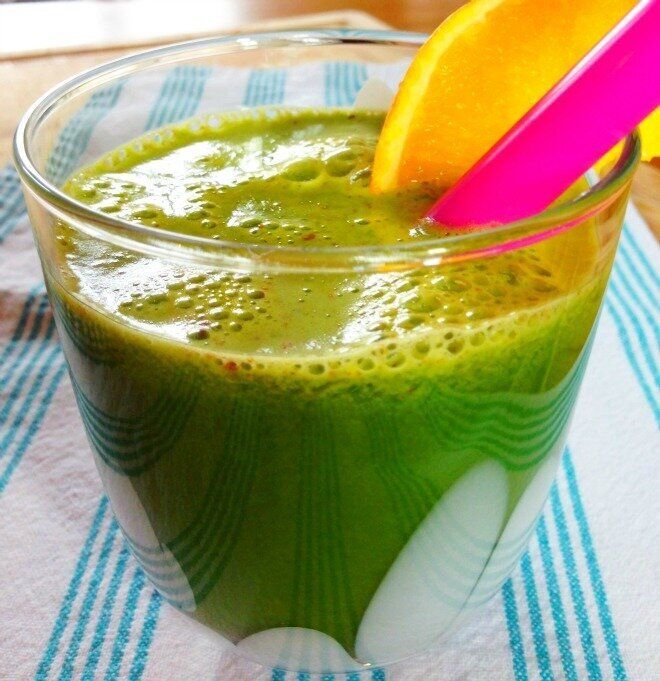