First you are born, and everyone says it.

You get older. A different word is thrown around. A diminutive word -- "cute." Cute does not stand the test of time. It doesn't encompass, in the English language, anyway, the whole of a human being. But you take it. You know, dimly, that it means something good. Anyway, you still don't really care. You plan to grow up and become a Disney princess, or at least a mermaid.

Elementary school. Your arms and legs grow disproportionately to the rest of you. So do your teeth. You get glasses. The people who made you aren't too concerned about dressing you like everybody else, but you start to notice. Without realizing it, you're already starting to categorize yourself.

In high school, other things start growing, but boobs are not two of them. You don't fit the mould -- you never will. You aren't a cheerleader, a sporty girl, or the kind of girl who gets a boyfriend in the first week of September. One crushing fall afternoon, you finally accept, sitting on your bed with your yearbook, the real truth about you.

Such an un-feminist moment. You're embarrassed to admit it, even two decades later. You'd never dream of saying such a thing to your daughter; to any girl that age; to any girl, period. But on that day, you believe it sincerely, earnestly. All four letters of it, branding you for life.

Seventeen comes, then 18. Some brave boy mumbles something, here or there. At 20 you hear a whispered rumour: so-and-so likes your body. You cling to this desperately, like a deflating life raft in shark-infested waters. But no one else concurs, and you decide he was drunk or high.

Twenty-one, 23, 27. You get boyfriends, nice ones, who say it until it no longer matters. You get lovers who say it and then turn the other way, leaving you alone on a dance floor, or crying hot tears onto your steering wheel in the bar parking lot. By then you've figured out why. You aren't stupid. You might not have 20/20 vision, but you can still see.

You meet someone who says it again and again. You marry him, hoping it will stick. It doesn't. You blame him. You blame your body. You blame your mother. You blame Cosmo. You tell yourself it doesn't matter. You make lists of affirmations. You treat yourself to nice face creams, like the magazines say.

Thirty-six. You're alone at home. Too lazy and uninspired to get dressed, you're wearing a towel, but it makes breathing uncomfortable. So, for the most unexciting of reasons, you are topless.

You're trying to meditate, but your mind wanders, and you imagine how you would feel, in this moment, to be under the gaze of someone who matters. You do your usual cringe, feel your usual instinct to cover up. You decide that maybe, if 25 people told you, this would change. Maybe 100 people. Also, if you were thinner, bustier, 22, on the cover of Glamour, in a French-but-really-Hollywood film and the face of Clinique. Maybe.

But probably not. Under the continued watch of the imaginary person, you actually hear yourself apologize.

This is what wakes you up.

You know, in this moment, that 100,000 people could tell you and you'd never believe it. That it's like the difference between shooting heroin or creating your own serotonin, not that this is a medically accurate analogy. For the first time, you understand that it won't come from lists of affirmations, or ashtanga yoga, or expensive makeup. It will only come from your heart. And it never has.

For the first time, you stare straight into the face of the fear, the anger, and the sadness of a lifetime spent believing, knowing, breathing unworthiness. Of telling yourself, to your core, that you don't measure up. You weren't supposed to believe such things -- what would Oprah say? -- so you kind of skipped over them, hiding them under clothes and eyeliner, pretending it didn't matter.

You get up and get dressed. Oddly, you don't pay much attention, tonight, to which boots to wear, or the un-flatness of your stomach, or the lines around your eyes. You see how these have always been excuses, and that "solving" them would solve nothing.

You meet a friend for a drink. She's one of the most attractive people you know. You tell her what you've been thinking about. She echoes every thought.

That night, you dream you're in a forest with one of your heroes. The trees are shedding pink leaves, and the light is beautiful. You show him a photo of the two of you together. And you wake up, laughing. 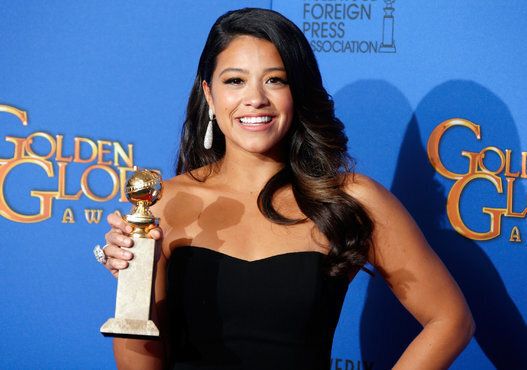