When I first joined the old Toronto Telegram in 1956, the guy who ran the newsroom was J. Douglas MacFarlane -- to this day I'm not sure what his title was, but indisputably he was the boss, and one of the enduring newspaper legends of his day.

One of the first things I learned as a Tely reporter -- subsequently reinforced when I was sent on assignments overseas -- was that JDM had a standing reward for anyone who could obtain a photograph of the late Princess Margaret in a bikini, when she was vacationing in Cannes, or wherever it was she holidayed.

I forget what the prize was, but it was a lot on money that was never collected.

How times have changed!

Now we have the fuss over Kate, Duchess of Cambridge and wife of Prince William -- son of heir-apparent to the British Throne, Prince Charles -- being photographed topless. Buckingham Palace is not amused and is suing a French and Italian magazine for "gross breach of privacy" by running pages of these photos.

Rather than quell coverage, it could be argued that the legal suit exacerbates it.

What is it about these female Royals that they can't keep their tops on?

Princess Diana was photographed topless on a yacht; Sarah, Duchess of York has been snapped topless and sucking a toe; Prince Edward's wife, Sophie (Duchess of Wessex) has been immortalized topless. And now Kate.

Diana was more outgoing than the reserved Kate, and rather spicy rumours revolved around her broken marriage to Prince Charles before her untimely death.

Diana topless wasn't much of a deal, as she was something of a loose cannon.

Kate is different. She and Prince William are a fairy tale couple.

Buckingham Palace (i.e. the Queen) is in a bit of a tizzy, especially after Prince Harry's romp while nude at one of those questionable parties in a Las Vegas hotel room.

Harry was quickly dispatched to Afghanistan as punishment (reward?) for his indiscretion. Kate is different. She's something as an innocent in the topless photos, and is unlikely to be exiled to Afghanistan, although if the Palace has any say that's where they'd like to send the creepy, sneaky photographer(s).

Every reasonable person deplores Kate's privacy being violated this way -- even as there's a scramble on the internet for a glimpse of the Royal breast.

While one sympathizes with Kate's, William's and the Queen's embarrassment (one can't be sure Prince Philip is similarly upset), the question begs: Should the woman who is destined to someday sit on the British Throne beside her husband, the King, really be galavanting topless during a European vacation?

Surely there's some protocol that would dictate more modesty, if not discretion?

As far as nudity goes these days, the photos of Kate are pretty mild. Not necessarily "tasteful" as the publisher of the Italian magazine Chi is quoted as saying, or "newsworthy" as the French magazine Choser thinks, or even justifiable as the Irish Times claims because the English Duchess is not their Duchess.

Most people couldn't care less, even though they may think the future Queen should keep her top on. I find myself wondering what Doug MacFarlane would say? Kate sure makes Princess Margaret in a Bikini seem tame.

But that was then, this is now, and no one ever came close to collecting the reward money for a Bikini photo of Margaret.

Were he alive, I suspect JDM would have changed with the times, and been as disapproving as any at the future Queen parading topless. 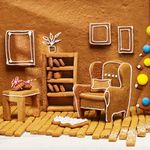