It's painful to watch someone pimp themselves out for a paycheque. But Black people do it every day. Why? To "go along to get along," to make colleagues comfortable, to ensure the few strands of opportunities that may come their way despite an uneven playing field aren't rubbed out.

This week, Stacey Dash traded her values for a check when she turned her back on the African-American owned media outlets which supported her career, and their audiences. The once still 'Clueless' actress-turned-Fox News commentator called for the elimination of Black History Month, the BET Awards and other venues to highlight talent which is otherwise eclipsed by the ubiquity of whiteness (see #OscarsSoWhite controversy 1.0 and 2.0). Too many bigots -- blissfully unaware of the trick compensated ruse -- salivate on Dash's diatribe, wielding it like a weapon to uphold white supremacy.

The ruse has been employed for decades, and not just in the U.S. Banking on vulnerable people to lie to save their skin is one thing. To use these misguided statements, possibly offered under duress, as a catalyst for further marginalization of racialized groups is cruel. This tactic has often worked well for the establishment.

In the mid-1950s, Dresden, Ontario was like many segregated Canadian towns. Black and white residents led separate social lives. Restaurants, barbershops and even churches banned African Canadians from entering. Many merchants refused to serve people of colour.

When Black residents challenged the long-standing segregationist climate in a Dresden court room, the media descended on the south-western Ontario town to survey the racial row. To gauge the sentiment of the townsfolk, they interviewed local residents. Curiously, the black resident this journalist interrogated was the area's sole Black police officer. When asked about the race-based discrimination enforced by the City (and, implicitly, his employer), the smiling policeman stated "there was no discrimination here".

Were (white) journalists enlightened enough to decipher the white lie a Black employee uttered to comfort his Caucasian coworkers and keep his coveted job? None of the period articles I found were conclusive. However, it is entirely plausible that local bigots used this coerced headline to justify the racist status quo.

The same sad scenario has repeated itself in Quebec this week. CBC TV producer and Quebecois celebrity Louis Morissette took to his wife's magazine, the public broadcaster's airwaves and La Presse newspaper to share his artistic sorrow: his bosses forbid him from using blackface during Radio-Canada's annual New Years' Eve TV comedy special. Even worse, Morissette was -- gasp -- forced to hire a Black actor to play a Black character on TV.

Blackface, a longstanding practice by which a white actor tars his face to play a black character, is back in style in Quebec. (Some say it never went out of style.) 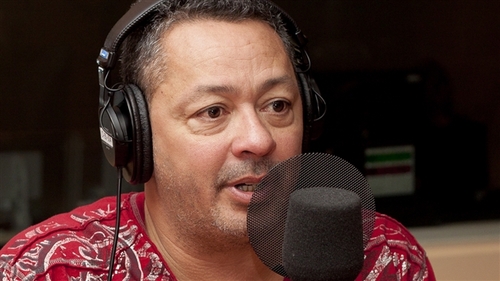 "This is not blackface," Normand Brathwaite said. "I'd be pretty pissed off if someone imitated me in a year-end show and didn't paint himself black, because I'm very proud of the colour of my skin."

The Brathwaite-Diouf duo are often dragged to Quebec TV, radio and print to prop up bigot blackface-disciples, with a clear aim at silencing the vast majority of the black community which is offended by the practice. Brathwaite and Diouf work for the very Québec-based broadcasters and producers who repeatedly rely on blackface for comic relief. No one has questioned the dynamics by which Brathwaite and Diouf defend their masters remain in the good graces of Quebec's white-dominated star système clique.

It's a false binary. Journalists pull the strings of public sentiment by selecting biased spokespersons. The Stacy Dash's of Quebec say what their employers want to hear. They've convinced many uninformed purelaine Quebeckers that blackface is no longer considered racist with their post-racialparadise. Regardless, the responsibility to present analysis of a racially-charged controversy isn't on Stacy Dash or the Brathwaite-Diouf duo. It behooves competent journalists forgo editorial fools' gold.