The next time you're munching on that delicious corn or eating something that comes from a farm, think about this: Suicide rates in farmers are the highest of any occupation. That's an alarming statistic. So large are the number of farmer suicides that Max Kutner of Newsweek(April 10, 2014) has called it an international crisis. It's a case where the job can kill you.

The exact numbers for farmer suicides is difficult to determine because farmer deaths are often reported as hunting, equipment or farming accidents instead of suicides. Access to highly lethal means -- firearms, poisons, machinery -- result in a large proportion of fatal suicide attempts. There are stories of farmers jumping to their deaths from the top of silos, hanging themselves in wells or deliberately falling into harvesters.

If you've idealized farming as an easy occupation, it's not. Farming is characterized by high stress. You live your profession 24/7. A farmer is both boss and employee. Sick benefits and medical leave depend on the same person. Canadian farmers have to pay into unemployment insurance but usually don't qualify for the benefit when they become unemployed. Financial pressures, livestock disease, poor harvest, climate change, government policies and legislation can devastate farmers.

High stress combined with frustration can lead to depression. When you feel or believe you have nowhere to turn for help, the idea of suicide starts to look really good.

In the U.S. the rate of farmer suicides is just under two times that of the general population. In the U.K. one farmer a week commits suicide. In China, farmers are killing themselves daily to protest the government taking over their prime agricultural lands for urbanization. In France, a farmer dies by suicide every two days. Australia reports one farmer suicides every four days. India yearly reports more than 17,627 farmer suicides. Newsweek (2014)

Stigma and lack of education about depression are the main culprits of farmer suicides. Farmers tend to adhere to the stereotypical image of the self-reliant, tough farmer who doesn't complain. A farmer who complains of being depressed will usually be labelled crazy, whiner or wimp by fellow farmers. Instead of talking about his depression, a farmer might say, "I'm just tired, worn out." Ignoring or hiding depression is not the way to deal with depression.

Talking about and getting proper treatment is essential for dealing with depression, but most farmers don't consider depression to be a physical illness. Depression is a not a broken leg or disease, something you can physically mend or see. Farmers are used to dealing with those issues in livestock. Depression is mood and behaviour which many farmers mislabel, dismiss or ignore. Most of this attitude has to do with lack of education and stigma about depression. Instead of going to a mental health professional or doctor, a farmer will voice his feelings to family or friends. While that's a start, family and friends can be judgemental, misinformed or too busy to deal with the issue.

There's a couple more factors that make farming the highest suicide occupation. Farming is a fairly isolated occupation with a small, close-knit community of co-workers and family. In the small farming community, the saying that everyone knows everything about each other is true. Going to a mental health professional or admitting you are depressed quickly becomes the news. This reduced sense of confidentiality ensures farmers don't talk about their depression. You close down even more when you are worried what your neighbour is saying or thinking about you. There are stories of farmers working late into the night or mostly at nighttime so that neighbours won't talk about his moodiness or why it's taking him twice as long to harvest the crops as everyone else. When you feel you can't talk about or show depression, its just a step deeper into the darkness.

So how can we help farmers reduce their rate of suicide? Setting up rural support networks is a great idea. In the U.K. the charity organization YANA (You Are Not Alone) works to help depressed farmers. They have GPs, counsellors and people who know what it's like to farm. The Farming Community Network (U.K.) also helps farmers and their families. From 1999 to 2010, the United States federal Office of Rural Health Policy funded Sowing the Seeds of Hope, a network of phone hotlines for rural communities. The project was shut down due to lack of funding. NY FarmNet has since filled the void left by Sowing the Seeds of Hope.

The other and most important part of dealing with depression is talk. Talking about depression is key to understanding and healing yourself. Talk removes or smashes apart stigma and brings new ideas, proper advice and sources of help. Talking about depression in farming at agricultural shows and events also helps. We know depression affects farmers. Bring the issue into the public as a workplace health concern that is talked about at these venues. The old saying "The more you know.." goes a long way in dealing with depression. 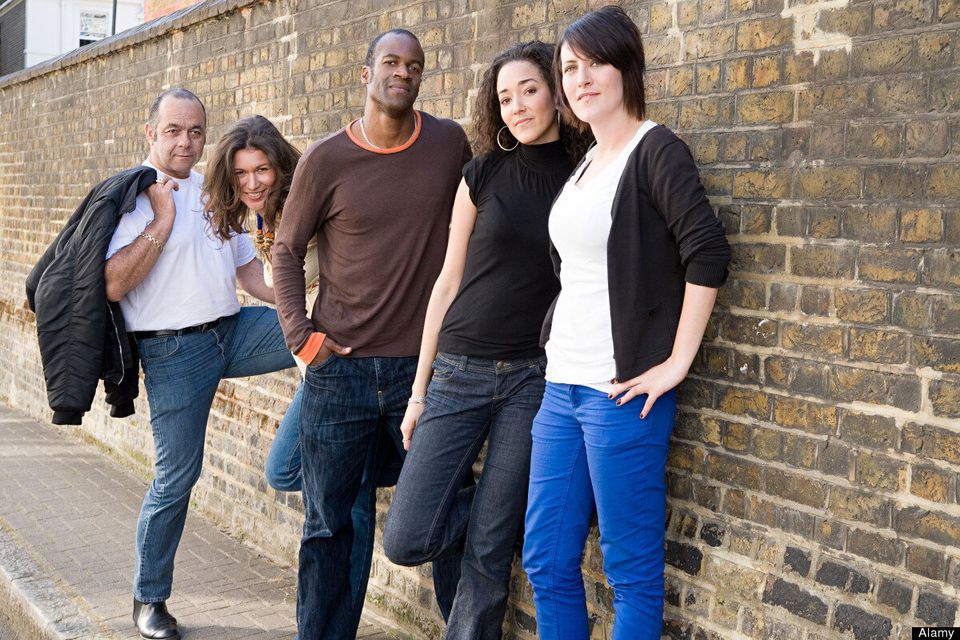 The Toll Of Mental Illness In Canada
More:
depressionfarmersfarminghuffington postliving