Are prankster parents spreading holiday fear instead of holiday cheer?

That’s what some are asking after a New Jersey family’s photoshoot went viral for scaring their two kids with a frightening Grinch appearance. Makeup artist Ashley Boel orchestrated the trick on her son Joey and daughter Gemma. In a video Boel posted to Instagram, the pair are posing for a sibling portrait in front of Christmas trees. As soon as they notice the Dr. Seuss-created scoundrel lurking behind them, they bolt screaming. Their tearful expressions are slowed down, as the song “You’re A Mean One, Mr. Grinch” plays.

“My kids couldn’t wait to meet the grinch this weekend! I’d say it went well 😂,” Boel captioned the post.

The stunt has racked up over 42,000 views, along with a mixed reception. Many had a good laugh at the youngsters’ reactions, but some parents condemned the prank for needlessly scaring children. Although Boel’s husband told CTV News they warned their kids that the holiday mascot would be popping by, the parents hadn’t informed the pair how the Grinch would be surprising them.

Parents, adults who care for children, please STOP doing this. It is not funny to scare a child so badly that they cry out of fear. They trust you to take care of them. STOP.
‘I knew it was going to be epic': Grinch scares children at Christmas photoshoot https://t.co/i5qrhMmH06

Not sure why people think scaring the crap out of small children is funny.

Friendly seasonal reminder that scaring the shit out of your kids and making them cry with the grinch/santa is not cute nor funny. If your little kid is scared, don't force it. pic.twitter.com/YS0ceJVwoB

This isn’t the first time a parent channeled their inner Mean One to get a fright out of their little ones. Adults have been dressing up as the furry green character for years, with popular Grinch pranks include stealing the kids’ presents or throwing their gifts in the trash.

Although these actions are in-character for the green furry killjoy and can certainly be a source of fond childhood memories in hindsight, can a holiday prank do more harm than good? Before you start recording a festive practical joke, here’s what you should know about how these videos can affect the kids who star in them.

Psychological impact of a parent prank

Pranks have long existed as a “social glue” that strengthens bonds in groups. However, online culture has changed our teasing antics: often, prank video uploaders are incentivized by views and targeting those who have less power than them.

Parent prank videos go viral all the time, sometimes for the wrong reasons. Those that go too far ― such as breaking children’s toys, punishing them without reason, or verbally bullying them ― have landed parents behind bars for child neglect. 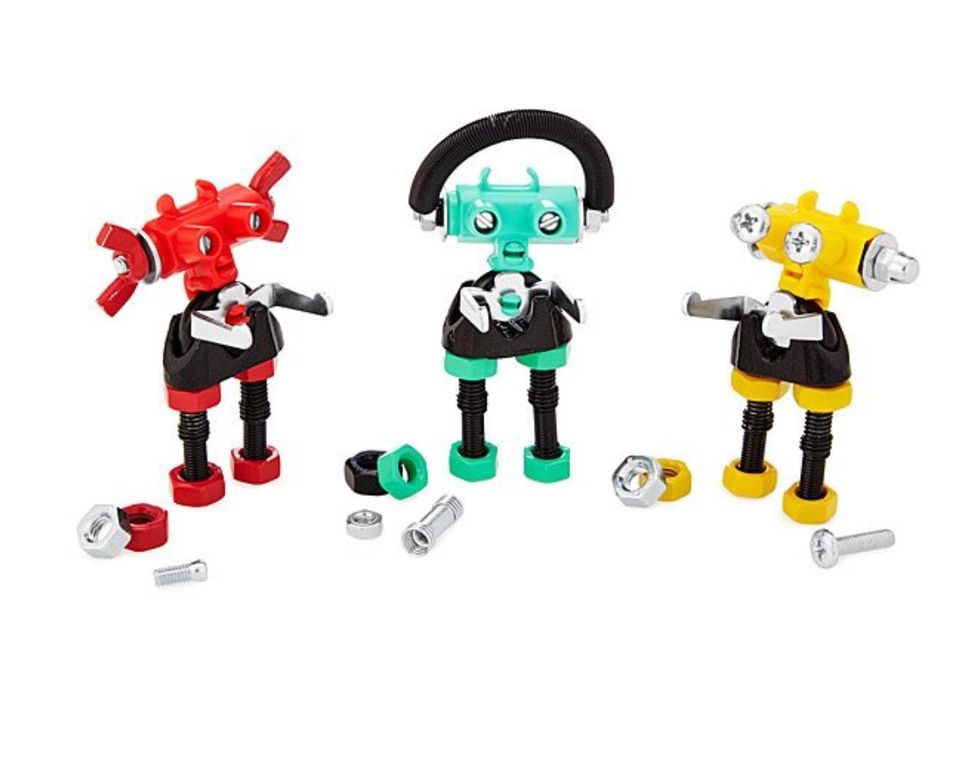 Most parenting pranks are not that malicious. They typically involve a scare like Boel’s Grinch stunt or a bait-and-switch, where a child’s expectations are crushed: think getting a vegetable for Christmas or telling them you ate all their Halloween candy.

But even these prank genres can have a detrimental effect on the relationships parents have with kids.

“Building trust between parents and kids is critical. When parents prank their kids, they erode that trust,” psychologist Stephanie Zerwas told Mashable. “They give the message that the people who are closest and most important to you can be unpredictable and cruel.”

HuffPost writer Victoria Richards notes that eroded trust can result in kids being less likely to confide in parents when they are being bullied in school.

“If our kids can’t rely on us for fear of having the same abject humiliation played out by the very people they’re supposed to be able to trust, then they’ll have nowhere left to turn,” Richards writes.

On the other hand, that doesn’t mean children should be coddled from anything they could be afraid of. Child development psychologist Amanda Gummer told HuffPost that being mildly spooked can help kids understand what pranks are, as well as build empathy for when they eventually engage in mischief: taking cues from how a prank made them feel, they can assess the appropriate level to take their own trickery and which lines they shouldn’t cross.

Before surprising kids with a visit from the Grinch, it’s essential to first gauge how much they can handle and what their current mental state is. Psychologist David Palmiter told Today that if children are predisposed to anxiety or going through a rough time, they might be more sensitive to the prank. Another thing to consider is if seeing the Grinch is age-appropriate; younger children tend to be more afraid of monsters. An older child is likely to shake off a fright, whereas younger kids can end up having nightmares.

If the kids appear all right with practical joking, next steps should outline how to behave once in costume.

One Regina-based cosplayer is an expert in this field. Father of four Rob Folk dresses up as the Grinch for hugely popular mall appearances. He told reporter Maija Kappler that since Bohl’s video went viral, people have been sending it to him.

“Everybody tagged me, asking, ‘Are you doing this?’ No... my goal is not to scare kids,” he told HuffPost Canada. “I want them to make a really good memory, and not a scary memory.”

How can someone dressed as the Grinch ensure that memory turns out well? Folk advises playing the character with nuance; after all, the Mean One’s heart does grow three sizes eventually.

“You want to not go too far off from what’s in the movies, as far as establishing the dynamic of what kind of character you’re going to encounter,” Folk said. “At the same time he’s got this heart inside of him. You tend to let that soft side of you show. But at the same time you also want to have fun.”

For parents, this can look like playing a Grinch who is playful, but not cold-blooded. For example, stealing a kids’ presents could be done in a comedic way; the theft should emphasize the encounter is pretend and perhaps encourage a small chase to get their gifts back. This method means kids won’t feel like they’re actually being deprived of their holiday bounty.

A Grinch who is out to make a kid feel humiliated or foolish can lead to the scary memories impersonators like Folk try to avoid.

That’s why Folk told HuffPost Canada that he only engages in mean behaviour like breaking candy canes or throwing toys on the floor when he knows visitors can handle it. An easy way to ensure everyone enjoys the Grinch is making the end goal of the experience a good laugh from your kids. If the Grinch acts silly ― talking in a funny voice, posing in goofy ways ― it takes away the fear from the interaction. Impersonators, like the Grinch at Universal Studios Hollywood or the Grinch cosplayer at an Ottawa mall, make sure to always have themselves as the butt of the joke. They exaggerate how gross they are by eating things they shouldn’t, like raw onions and children’s drawings.

And luckily, there’s no shortage of hilarious Grinch moments to re-enact from his movie adaptations.

After a practical joke, it’s important to debrief your child. If they need it, that can look like asking your child how they felt about it and comforting them by explaining the joke afterwards, Gummer told HuffPost.

An important part of this step is informing children if their reaction was recorded and who you’ll be showing it to. Children may feel fine with being pranked, but can feel differently if a prank video was shown to other family members or posted online. As they’re the ones starring in the video, their consent should be mandatory.

It’s especially important to consider when going viral might be teaching the wrong lesson. A Curtin University paper on “sharenting” the social media trend of parents sharing photos and videos of their kids online, reported that kids can learn to have an unhealthy association with online approval as a source of self-validation. To prevent this, it helps to promote a well-balanced view on social media use with your kids before turning them into Instagram stars.

If a prank is out of the picture, your family can still get in on the furry festive fun. Dressing kids up as the baby Grinch is an adorable twist on the trend.

If hands-on activities are more up their alley, kids can get creative making Grinch-themed wreaths and ornaments. They can even get really in-character with the gross rascal and mix up a batch of Grinch-approved slime.

A post shared by Serenity Expressions LLC (@serenity.expressions) on Dec 9, 2018 at 7:10pm PST

And if delicious treats are in order, Grinch cookies are a jolly project to bake together.